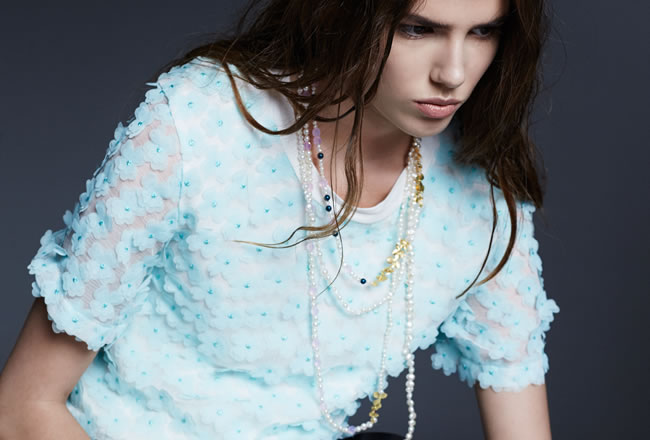 Our fashion expert Jeanie Keogh met a young Belgian fashion designer who is not afraid to take on the status quo.

Twenty-six-year-old Belgian designer Doriane Van Overeem is immediately recognizable from a photo on her website that features her in a large bright pink floral-on-floral print jacket over a t-shirt, laughing, with two strands of dyed-blue hair emerging from behind her ears.

Except that in the two and a half years since she’s launched her business, she has changed into a more subdued version of herself – now she wears a black biker jacket over an eggshell yellow cashmere turtleneck, and the two streaks of dyed blue hair are blond. Though more reserved than expected, there is a warm effervescence in her big brown eyes, and the initial air of wariness transforms to reveal her as a humble young woman with a tenacious, down-to-earth nature.

Her new designs match her current look, signaling a bold departure from her daringly pink ensembles involving fluffy wool, faux fur and more blossoms than an Italian garden in peak season. What she’s going for at the moment is a more somber, no-nonsense approach. Fall/winter was a much darker colour scheme, bold stripes, waffle and polka dot prints, and spring/summer involves laser printing on latex, peony print skirts and dresses with her trademark folds, and gauze flowers beaded onto translucent fabric.

“It’s more understated, even if I am keeping the flowers, the prints, the frills, a touch of colour, but it’s becoming more ready-to-wear and the collection I am working on now will be more basics,” she says. “The older stuff is too image, fantasy, that is not wearable, and I really want to see my clothes on people in the street.”

As for the girl power aspect of her work, that will become more subtle as well. Her previous collections were provocatively titled: Fatherfuckers’ Queen (AW14), Witches not Bitches (AW15), and an anti-harassment season The Way to Say No (SS15). Individual pieces were named after famous queens, goddesses, mermaids and sorceresses.

Van Overeem explains frankly: “There aren’t really any themes anymore because I found it was a bit too literal, actually. It was becoming a bit of a scholastic exercise, and now I’m really steering towards the side of daily wear so now it’s no longer necessary to have a theme. It doesn’t serve me. I think it’s better from the perspective of the brand to find a DNA that stays the same from season to season.”

“Personally, it’s my socio-political engagement regarding the image of women in the world today that I’m trying to make trendy with slogans that are, firstly, fun, but are actually deeper messages of strength and political involvement. So the first collection ‘Fatherfuckers’ Queen’ was to turn an insult on its head,” she says. 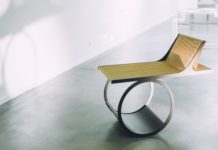