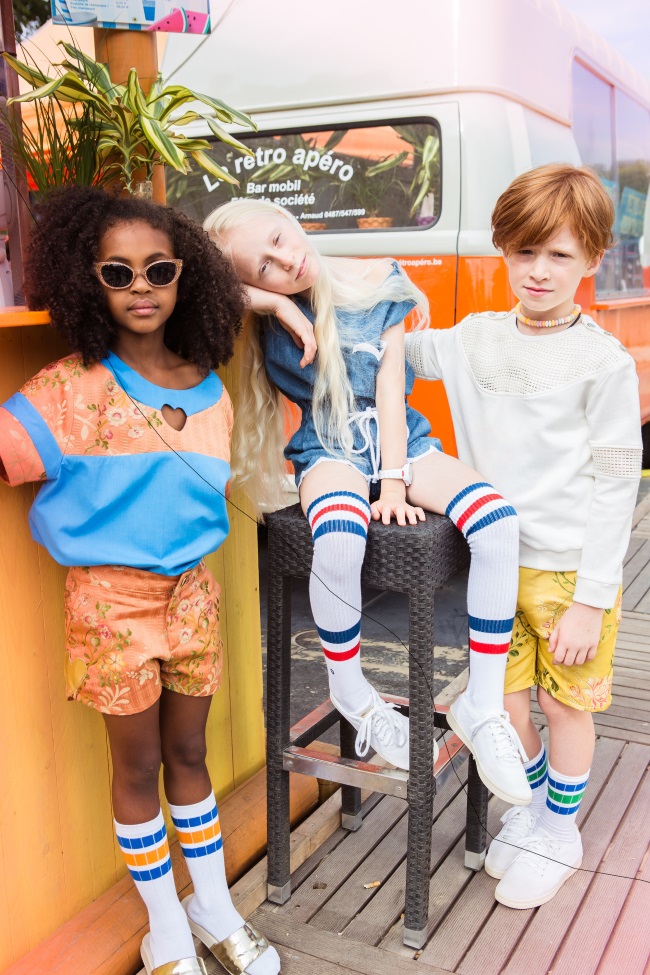 In our regular Belgian fashion interview Jeanie Keogh met up with a Belgium-based designer who makes out-of-the-ordinary clothes for kids.

Growing up in Brittany, fashion designer Gervaise Gournay was bestowed the nickname La Petite Gervaise after the Danone yoghurt product Petit Gervais. She not only took the name in her stride, but appropriated it for her funky kid’s fashion brand when fresh out of Brussel’s La Cambre school of art and design.

Despite there being no kids wear design training option during her five-year programme, her decision to launch one of the only kid’s designer labels for 4 to 10-year-olds in the Belgian capital was a natural fit. For Gournay, whose fashion beginnings were sewing princess costumes and dresses for nine siblings as a teenager, the idea came when one of her sisters complained she couldn’t find any fun or original clothing for her son; everything was standard navy blue and too conventional for his fashion sense.

Gournay got La Petite Gervaise off the ground in 2011 “without a single penny to my name”. She worked out of her home-based studio in Ixelles and, once ready to launch her first collection, applied for and won a free spot at the now-defunct Little Fashion Week exhibition (the Belgium equivalent of kid’s fashion exhibition Playtime) where she connected with buyers and began creating a loyal fan base.

Her gender-neutral, fun-loving style is a mix of sass and class, what she calls “imp spirit”. What’s essential to her design philosophy is giving kids the creative freedom to express themselves and be silly at a time when their imaginations are fertile. As such, she steers clear of imposing a restrictive dress code of fashion dos and don’ts and abhors the ‘blue is for boys, pink is for girls’ rhetoric which ended her nephew’s love of all things pink the moment he went to school.

“The bulk of my collection is unisex – the idea is that whoever wants to wear it can wear it. There is no indication on the tag that it is for girls or for boys. Of course, I have pink dresses and boys are not necessarily going to be interested in that, but the idea is to leave it up to the child and the parents to choose what they want and especially not to limit them by putting clothing in a labelled, categorical box.”

Fittingly, her spring/summer 2016 collection was inspired by an unlikely pairing of skateboarding culture, the traditional costume worn in Brittany and a little bit of dinosaur thrown in the mix. It’s been such a success that parents have asked her to make some of the models in adult sizes, a phenomenon she could have never predicted.

“Since I decided to design for kids, I have adults coming to me and asking for something in their size, they love it so much. At first I said ‘no, that’s not what I do’ but in the end, I started to make it to order. Often, it’s the opposite – the designer has a women’s or men’s line and then makes reproductions for kids.” 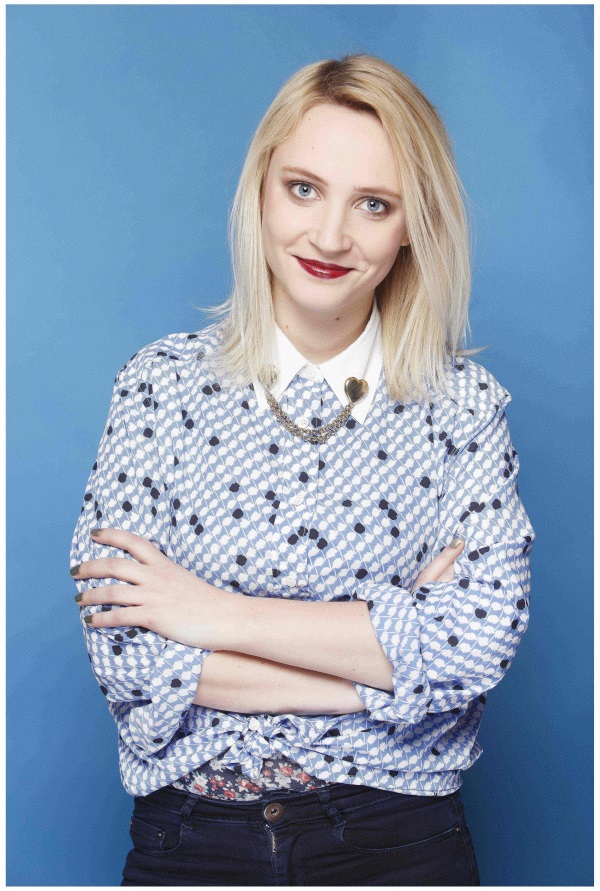 “What’s nice about working in kids fashion is that they put themselves in a role and look in the mirror and you can see they are happy to be wearing what they are wearing, that they can feel they are wearing something that is not commonplace and it sparks their imagination. For example, the jeans with the teeth, it’s really simple – a few little yellow teeth. For some, they are cowboy jeans, for others, it’s a dinosaur. It encourages them to dream and that’s what’s brilliant,” she said.

As the business is still new, Gournay tests out whether her bold design ideas are commercially viable by bringing her most loyal clients around for a fitting – or rather, a playful dress-up focus group – to gauge their reactions.

“Kids are so honest. The parents are a bit more sensitive. They’re more likely to say, ‘I wouldn’t buy that,’ but without telling me why. Kids will tell me directly, ‘I don’t like that, that one’s scratchy, I don’t like the colour of that one, it’s out of style.’”

The more honest the feedback, the better, Gournay says, noting the frank criticism helps her survive in what is a tough niche market, especially given her prices are double those on the mainstream market.

But the reward for her labour of love is in knowing that investing in high quality fabric – durable, comfortable and soft – and creating a piece of clothing that is the perfect fit for both the child’s body and budding identity, her garment will long outlast mass-produced clothes. This leads Goumay to weave nostalgia into our conversation: “A quality piece of clothing can be passed down from one child to another and that’s what touches me because that is how I grew up. My mother bought good quality clothing and it was handed down amongst us kids over the years and now there is something sentimental about those clothes because it was worn by each of us and so there are memories in them,” she said.

Regardless of your budget, a designer that is sentimental about hand-me-downs and designs with the longevity of 10-children families in mind is worth checking out. 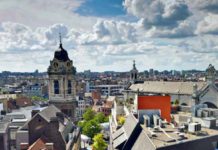