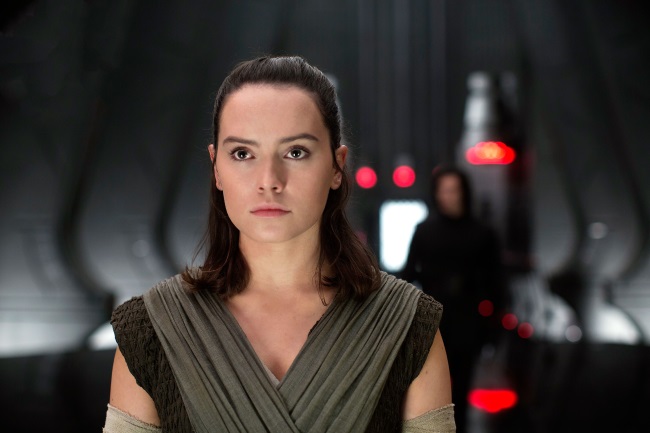 Celebrity: This month we speak to a young woman who has helped take Star Wars to new heights – Daisy Ridley.

Daisy Ridley sprung to stardom after her performance as Rey in the seventh Star Wars film The Force Awakens, with her character’s backstory becoming one of the most debated in the long- running franchise’s history. After starring mainly in short films and TV series in the UK such as Silent Witness, Toast of London and Mr Selfridge, Ridley auditioned for the ‘third’ and final Star Wars trilogy as a relative unknown.

It harked back to when George Lucas, the director of the first series of films in the 1970s and 80s, gave lead roles to the then unknown Harrison Ford, Carrie Fisher and Mark Hamill. That worked for Lucas, so the new man in the hot seat, J. J. Abrams, had no qualms about doing the same. In April 2014, after a long period of screen tests and conjecture – during which time Ridley had to keep auditions strictly secret – the Westminster- born actress was announced as the lead female protagonist for The Force Awakens.

The film was, as widely-expected, a box office smash, such was the craving of
the Star Wars fandom being starved of new films since the three prequels at the turn of the Millennium. It became the fastest film to gross $1bn worldwide and has only subsequently been overtaken by Avengers: Infinity War and Avengers: Endgame.

Ridley reprised her role in the eighth Star Wars movie: The Last Jedi in 2017 and also starred as Miss Mary Debenham in the remake of the popular Agatha Christie novel Murder on the Orient Express, in the same year. Since then, she has been filming the yet-to-be-released Chaos Walking and starred in Ophelia, a reimagining of Shakespeare’s play Hamlet. Of course, she now returns as Rey for the final instalment of Star Wars in The Rise of Skywalker, where the surviving Resistance face the First Order for the last time.

Together: You seem to be maintaining a film star lifestyle without it having adversely affected your image?

Daisy: The press only seems interested in me to an extent, and that’s fine. I think what works for me is that I’ll come in, do some work, then disappear off again for a while. I don’t like to court press attention and I live quite a simple, honest life. I’m not trying to endorse products here and there and I’d rather stay away from photographers rather than parade around in front of them. I tend to find the more you invite it the more it invites itself, and that’s not really me.