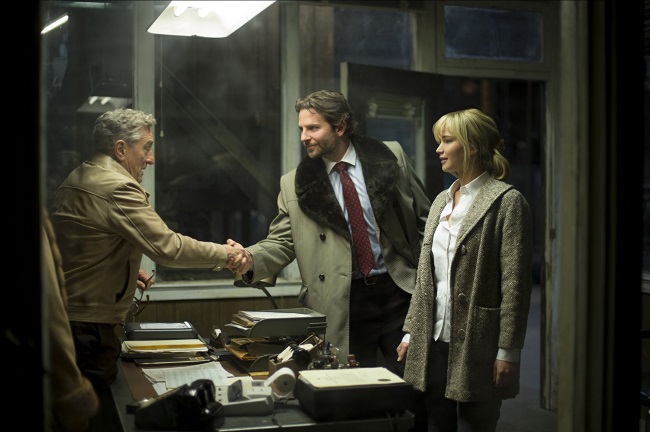 How about your choices behind the camera?
There’s a lot to talk about but I will just make it simple. The main thing was probably six years ago when I was at a Metallica concert and I had met Lars Ullrich the night before and I told him that I was a huge fan and he said: ‘Come to our concert.’ I had always been in the crowd before that and so we were with him and his father and we were behind the drum kit and I saw the scope of it and I think that was the first time that I thought: ‘Wow, this composition is incredible,’ and it’s not what many people feel and you know, the term ‘That guy’s a rock star’ is assigned to people when they’re not even in music.

Did you watch the Cukor version of A Star is Born from 1954?
Yeah, that George Cukor film is incredible. James Mason and Judy Garland that movie slays me and actually, Ally walking up the ramp singing that prelude to Somewhere Over the Rainbow was our way of, you know, paying respect to that film.

Could you tell us about your scenes in the film with Sam Elliott, because they are incredible?
Yeah, if he said no (to being in the film) then I would have had a major problem because I wrote that for him, the whole story, around the fact that he would do it. Every time that I got to work with him was a real privilege and I thought, thank God that I am here right now.

Are you afraid that it could all end tomorrow?
I know what it’s like not to work. It’s a struggling industry and you never know what’s around the corner. I think that’s true of any job so it’s a badge of honour being called a busy actor. I know so many who still struggle and I know what it’s like.

Were you always a big dreamer?
I’ve always been someone who’s had big dreams. Always but there’s never been any intentional planning towards movie stardom.

Robert De Niro is an actor you’ve worked with repeatedly. Does that feel surreal to you?
Completely surreal. I see him as a man now, that myth is utterly broken, he is my friend… which is, in itself, a very surreal occurrence.

I remember he came to my grad school and I asked him a question and it was the most nerve-wracking experience of my life. It was like a beam of light shot through my stomach when he looked at me and I used that as fuel for years when I would put myself on the line for something… when I would get rejected and getting turned down over and over – I’d think to the reception I got from Robert De Niro that day and it would keep me going.