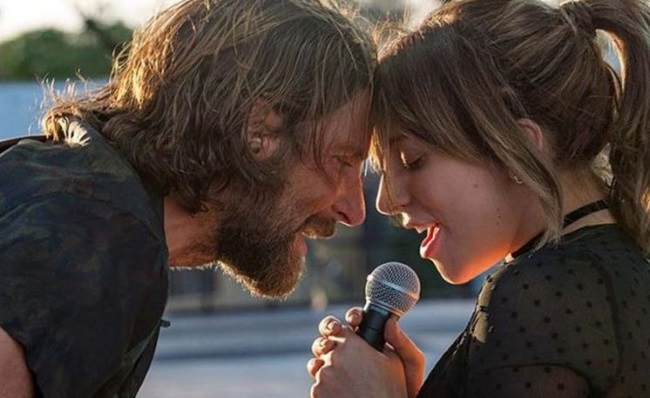 In our latest celebrity interview we spoke to a writer, director, musician who was blown away by Lady Gaga.

Bradley Cooper may be currently one of Hollywood’s biggest draws but there remains a pleasant grounded quality afforded to one who didn’t get his big break until well into his mid-30s with The Hangover.

Since then, he’s gone onto to star in a slew of box office blockbusters, from The A-Team, Limitless, Guardians of the Galaxy and pick up three consecutive Oscar nominations for efforts in Silver Linings Playbook, American Hustle and American Sniper.

Together: Where do you want your career to go next?
Bradley Cooper: Well, firstly time. I am 43 years old and time… I don’t know how you feel about it, but that’s the biggest currency and I just want to make sure that I utilise that time to the best degree possible. So, this movie was all said and done probably four years of my life and every minute and second was worth it.

In the movie there is a touching scene when Ally, played by your co-star Lady Gaga, for the first time plays her own music to the public.
It was special, but I wish the audience could have been there to actually watch it happen because while we were filming this movie, we had the opportunity of watching and being a part of watching Lady Gaga sing every day. We were just sort of sitting there watching it and feeling very grateful that we were there at this moment to watch this incredible artist do her thing.

How scary was it for you when Lady Gaga suggested that you sing live in the film?
You know, this is the thing about people needing people. She made me feel so comfortable from the first day we met – in the fact we sang together that very first 15-20 minutes we knew each other, and I’d be lying if I said that I was nervous, because she made me feel so comfortable, she really did. She’s very present and warm and when you see an artist of that calibre treat you like a peer, it’s very emboldening.

How does fame condition your daily life?
Me personally, the thing about fame that I find fascinating is the sonic element of it and that’s what we have in the movie. There is tonnes of noise and then all of a sudden, you’re alone. I didn’t want to have any sort of paparazzi in the movie, but more to capture what it feels like from an experiential point. And that’s why the movie has that rhythm.

What new things did you learn on this project?
The best thing that you can do in terms of storytelling or whatever piece of art that you’re trying to create is to do something that challenges you to such a degree that you learn something at every turn. I have to say that I would be here for two hours talking to you about all of the things that I have learned in this experience.