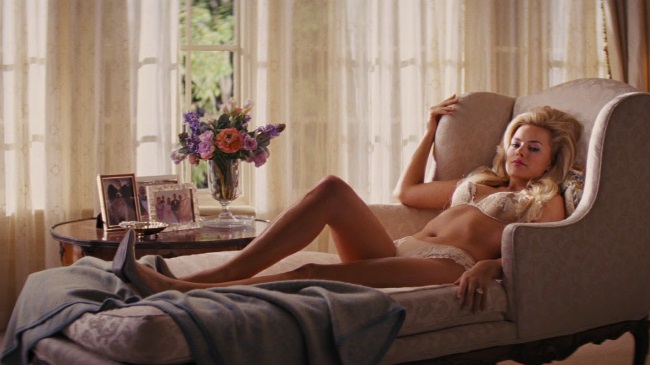 If you were a family of rabbits?
There are a lot of striking similarities. [laughs]

This is your third film with Domhnall Gleeson…
It’s getting a little weird. I feel like I’m stalking him [laughs]. The poor guy just wants to be left alone. He has really great taste, he knows a good script so when I hear he’s said yes, I immediately try to worm my way onto it too. I want in too.

But he had a little saving grace this time around in that we actually didn’t work together, he got some breathing space [laughs]. He was doing the live action stuff in Australia and I was stuck in a recording booth, so we never actually got to be around each other.

It was shot in Oz, and you didn’t get to go?
What are the chances? They were shooting in Centennial Park in Sydney and I’m in a recording booth in LA. That killed me.

How did you find the recording process?
I loved the booth, it was such a new experience for me and getting to just focus on my voice and conveying emotion and building that character without using my physicality was a really new thing for me, but I responded well. I want to do more.

And I loved doing something for kids but I’m so glad there’s all this humour for the adults too. Yes, this is a children’s movie, but I literally had my head back, cracking up watching it, it’s just the perfect movie for everyone, kids, mum dad, no kids, whatever. There’s no specific demographic.

What were you like as a kid?
I was really dramatic. Not in throwing tantrums, pulling my hair… well not much but I loved putting on shows, there was always a show in my house. I was obsessed with movies with anything on TV and whatever I saw, I would re-enact it for my mum who had enough on her plate running a house, looking after four kids and I’d be pulling at her leg, ‘Mum… mum watch my new show.’

I’d even make my family pay to watch my shows. Well specifically my magic shows. No kidding. I would make up a bunch of magic tricks, well they weren’t bad for a six-year-old. And then force them all to pay me to watch me do these tricks. And I would make them pay double if they wanted to know how I did the tricks [laughs].

What was your go to trick?
I used to make stuff disappear, that was my thing.

Like what?
Just anything really. I loved to see things disappear.

Sounds like you were a very shrewd kid?
Yeah, I like to think I was quite savvy. I remember stealing my older brother’s stuff and then setting up a stall down the road and selling it all, just terrible [laughs]

Congrats on the Oscar nom, how does it feel now having some time to sink in?
It still feels really unreal. Yeah, I can’t believe it, I can’t stop smiling when I talk about it. It’s yeah… and especially learning about the nomination when I was home with all my family, oh my God, was so magical. I get chills thinking about it.

It, timing wise, could not have worked out more perfect. Seriously. I was with all my family and we had just watched Tonya together for the first time, so everyone was on a high. I was floating, didn’t think it could get better. I had actually forgotten the nominations were being announced, and you know, the time difference, I had only flown in, I was all over the place. I was so tired and then I knew I had to get some sleep cos I had all this press to do for the movie.

And then we found out it was being announced. Our editor, she got it for I Tonya got a nomination, everybody was cheering and going crazy. Then Allison [Janney] got a nomination, oh my God, the best feeling in the world. And this was at the after party of the premiere and my friend plugged his phone into the speaker as they were announcing Best Actress and it was like ‘Saoirse Ronan, Ladybird – Margot Robbie…‘ We all went crazy. Screaming so loud. It was crazy!