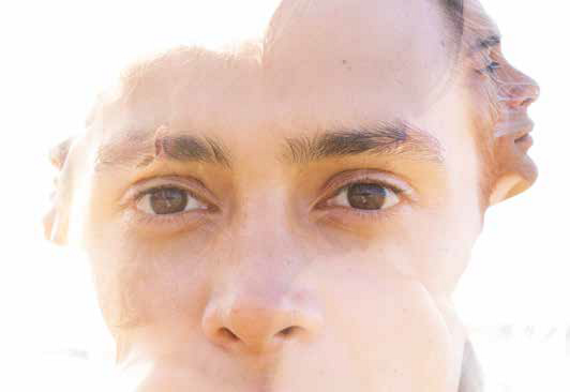 Self-improvement writer and Intuitive Healer Katarina Winslow reflects on the conflicts in our psyche.

What is peace? Could you say that peace is consciousness? To be conscious of yourself, others and life? Could we say that conflict and war are rooted in a lack of consciousness? Are the conflicts we see in the world a reflection of the inner wars we fight with ourselves?

The conflicts in our psyche are the result of division and separation. There is something that is hidden from our consciousness and not understood. There is a part of you that you have failed to listen to, a part that is not being heard. There is something vague, misunderstood or even delusional. A forgotten trauma suppressed by the self and by others. Just as outer peace cannot exist in conflict and separation, inner peace cannot exist in an inner division. To be at peace with yourself is to embrace all parts of you, so that you can feel whole.

The conflicts we experience within are most often due to subconscious opposing forces that we are unaware of, discordant beliefs and ideas. It might be an inner combat between your mind and your heart. We are often conflicted about what we have been taught by our parents and caregivers. The inner battle might also be a separation between who we want to be and what the group we belong to, or society, tells us to be. What is certain, is that there is a kind of separation. Many people find it hard to attain peace because the truth has been kept hidden from them. The wrong you felt might be legitimate. Maybe your father is not your father? Maybe your mother wanted you to be a boy? Maybe there is family trauma or personal trauma that has been buried and silenced.

Peace is unity. It is the blessing you receive when you have worked through your inner conflicts. A conflict is, by definition, two opposing forces that refuse to unite. If you choose to embark on a search for truth within yourself, you will eventually end up being conscious about yourself. What divided you before will eventually be able to coexist and unite. Peace is not only the non-existence of conflict, it is also the presence of a union. To feel united is natural when you are conscious of yourself, your thoughts, your feelings and your actions. However, to be at peace with yourself you need more than an awareness of your individual self, your ego. You also need the awareness of your soul, your higher self. To be yourself, but also to be able to observe yourself. Consciousness is an awareness that you are more than your body, and your ego – you are also your soul. Consciousness and soul is the part of you that is whole and indivisible, it is the part of you that never dies.