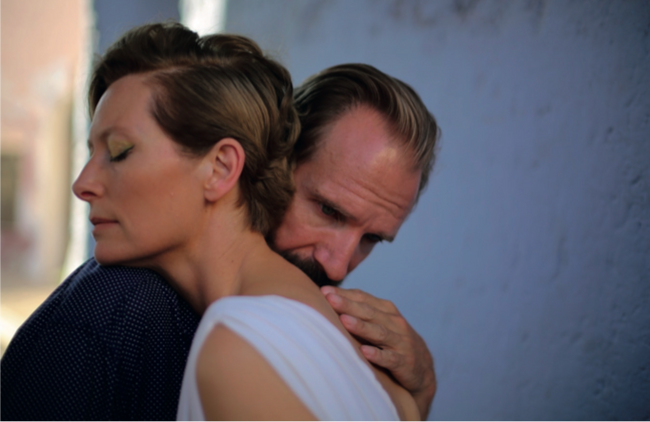 Celebrity Interview: We sat down this month with a highly intelligent, well-educated and articulate actor – Ralph Fiennes.

Though he may have emerged as one of Hollywood’s top leading men with searing performances in Schindler’s List and The English Patient – both of which earned him Oscar nominations – Ralph Fiennes greeted movie stardom with a sort of dignified scepticism. Highly intelligent, well- educated and articulate, he was immune to the trappings of celebrity and fled fame rather than allowing himself to become turned into a mainstream matinee idol.

Nonetheless, he has hardly been hiding in the shadows, having embraced roles ranging from Prince Hamlet to Lord Voldemort. He’s soared as John Le Carré’s ultimate lost man in The Constant Gardener and earned critical acclaim as a director with his post-modernist take on Shakespeare’s Coriolanus as well as his haunting portrait of Charles Dickens in The Invisible Woman.

His most recent film, The King’s Man – a spin-off prequel of sorts from Colin Firth’s Kingsmen – he plays the Duke of Oxford, the central character in an early-1900s plot in which rivalling factions, some of history’s worst tyrants, attempt to plot together to wipe out millions.

As a beacon of justice and fairness in the middle of it, Fiennes has his work cut out, both personally and cinematically. And yet, the 57-year-old is undoubtedly up to the task, in a movie that finally makes it to the cinema some 10 months after its scheduled release date.

For Fiennes, it’s been a first real break in our four decades on screen. The diversion has at least enabled him to focus on home life – famously popular with the opposite sex, he’s been involved with actresses Alex Kingston, with whom he was married from 1993 to 1997, and had a relationship with Francesca Amis from 1995 to 2006. He was also linked to Irish yoga artist/teacher Sirin Lewendon in 2005 – his love life seems to continually overlap and also includes a tryst with a Romanian singer, Cornelia Crisan, during his relationship with Amis. His life has certainly not been remiss of scandal; his most notable tabloid event occurred when he met a Qantas flight attendant in 2007 and allegedly had sex in flight. He has also dated aristocrat Lady Amanda Harlech.

Born in Ipswich, he is the eldest child of Mark Fiennes (1933-2004), a farmer and photographer whose father was industrialist Sir Maurice Fiennes. He is an eighth cousin of the Prince of Wales and has five siblings, including actor Joseph Fiennes and director Martha Fiennes.

Together: You’ve played a wide variety of roles in the course of your career. Is it important for you to keep mixing things up in terms of your choices?

Ralph Fiennes: As an actor, I’m constantly trying to discover what’s lurking underneath in a character. What are those hidden elements inside a person and what people try to project to the outside world.

What is your perspective as an actor? I like it when I can feel as an actor that I can say anything and be free to offer up stuff and I can be heard. As an actor, I’m a child, I come with a child’s enthusiasm.

Do you often reveal a great deal of yourself in your roles? It all depends on how good an observer you are and how you look at a given performance. There will always be something unknowable when it comes to separating the actor from the performance. There are many layers to each role that mask an actor’s real nature, but at the same time your essence and soul is informing the work and informing the choices. Ideally you want to be able to dissolve into your character and create something unique and different from yourself because you’re not playing yourself! You might recognize certain mannerisms or gestures, but the context is different and there’s often very little in common between your own personality and your character’s, even though, of course, you’re giving something of yourself to your character.

Some roles will feel closer to who you really are and others will have very little resemblance to you. Even when you are playing a character for which you feel some affinity, it may not really be like you at all, even though you feel drawn to that character’s nature or way of behaving.

How did you enjoy working with the cast and crew on The King’s Man? Well, it’s always great when a director like Matthew Vaughn asks you to become a new part of a successful franchise, you think to yourself that you must be doing something good in the world of cinema to be asked in the first place. He created a great band of merry men and women for The King’s Man, and the undertone amongst everyone working on the film was always great. When you have a great cast and one with such a hunger and feeling to make the project another success for the franchise, how can you fail?

You’ve got the young and brilliant Harrison Dickinson, the classy and wondrous Gemma Arterton, the always fantastic and superb character-actor Rhys Ifans, who displays a tremendous portrayal of Rasputin, which I believe has never been seen before.

Then, you’ve got Tom Hollander who transforms himself for three different parts where he plays the ruler of Russia, England and Germany. Working alongside him during the filming, I was overwhelmed by his brilliance, and I’m confident those who get to see him when the movie is released will see just why. 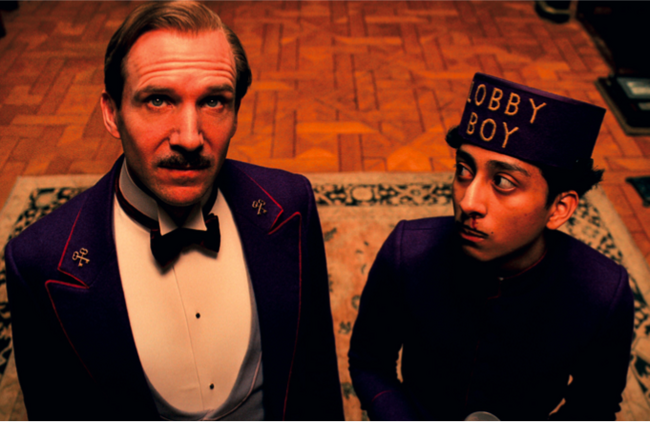 Were you a fan of Matthew Vaughn’s previous films in this series? Absolutely. I was very much attracted to the role and the script, even though this particular movie was a bit different to the two previous chapters, so to speak. With the context of historical characters and settings in this film, it gave a totally new level to the franchise, and there are so many different layers to this one.

I think that’s what attracted myself to this role, but also the fellow cast members. I think we were all probably feeling that gravitational pull for the range of genres within the piece. There’s great action, with comedy, pathos and as I say, the historical references make it such an interesting, funny, fun and entertaining movie. It was very much brilliant to be involved in.

Djimon Hounson was very kind in his praise and admiration for your work and also said that it was such a privilege to be working alongside you in a movie and your work was something of a ‘masterclass’. Matthew Vaughn also commented that you’re a master of the theatre, compared to him being a novice in such areas. How nice is it when fellow actors eulogise about you in such ways?

Is that really what he said? Well, it’s all a little embarrassing and Djimon is a great actor in his own right. He put his body through a lot for the action scenes in that film and he said to me after one or two of them that they were pretty tough compared to what he has done so far in his career.

Action isn’t something I can put my own frame through at this stage in my life [laughs], so I leave that to the younger, fitter and more durable actors out there, now. Djimon was very much the man for the job in hand for this, more than capable.

With regards to Matthew, his experience in terms of cinema, putting a film together, the great crew that work with him, casting, etc, it makes it all a lot easier to concentrate on the job in hand. Not just for me, but for everyone, and that’s a huge step in the right direction with regards to how filming can go so well, and the end product is as close to how you want it, as it’s possible.

Again, for him to say such great things about my work and myself is flattering and again, you choose to work with these people not only because they are good at what they do, but also that they are great to work with. Being a nice person goes a long way in this industry, because as recent reports and events have come out, not everyone in the film world is as great as they seem.

The costume and design in this movie are tremendous. Certain actors like yourself will say that they find that props help the character if they really take it outside themselves to dress or style a certain way. That’s true, that’s true. There are some actors who are just as themselves, but others who truly take on a new form when dressed for it. It is a mental transformation, not a physical one.

This film is a lot about leadership and influence, and I was wondering if there was someone in particular while you were starting out acting who embodied those qualities? My first agent, who represented me, was definitely someone who, I don’t think he would ever indulge, but he had very good, common-sense advice. Young actors are anxious. I remember feeling a lot of anxiety about what jobs I would be going up for, and he would say, ‘Sit at home and wait, I am putting you up for things and when I have something for you I will let you know.’ And he would come and see me in shows and plays and give supportive advice.

Like what? He’d say, ‘I don’t want to put you up for television, I want you to go and learn your craft in theatre outside London in regional theatres.’ And that really impressed me. I think for a lot of agents, they look for the handsome, pretty faces and they want to make their commission by getting a young, pretty face into a TV series. And this was an agent taking on a client with a long-term view, and he wanted to have clients who developed over time. So he would be one of them.

My mother was an incredibly insightful woman and wise, and she would definitely be there. And there was a lovely actor in my first job who was a friend of my agent, and he just carefully looked after me in my first job and made sure I was alright, and would nod in approval in rehearsal if I did something that he thought was good and just had a lovely and gentle presence. And sometimes at Christmas, he used to send me recordings of older actors that he had found, of Michael Redgrave or Charles Laughton and he would send them on cassette, which was sweet.

So will we be seeing your lovely face on television anytime soon in a series? Do you have any plans, would you do it? I haven’t got any plans. Open horizon.