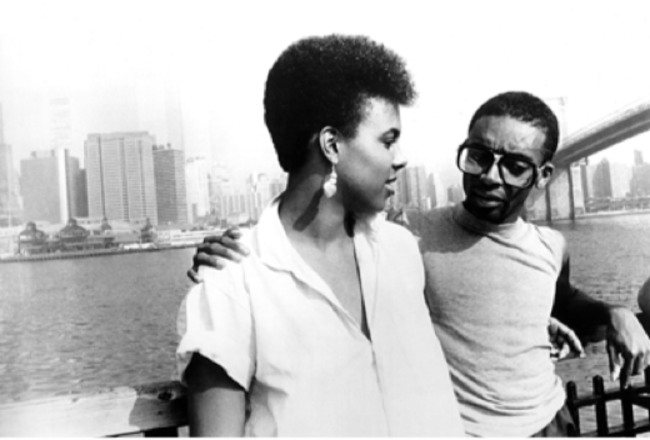 Together met up with Spike Lee, an iconic movie director celebrating an anniversary.

Three decades after the release of what many deem to be his society-defining breakthrough, Shelton Jackson Lee – or Spike Lee, as he is perhaps better known
– continues to plot a route through equality, prejudice, culture and creative relevance. While the desire is to challenge and change, Spike Lee believes we’re already pushing the difficult questions. And he should know…

Together: So, it’s the 30th anniversary of your iconic work Do The Right Thing. It still holds up as relevant today as it was in 1989. Why do you think that is?

Spike Lee: Well, shit hasn’t changed. The murderer’s chokehold of Radio Raheem was based upon the real NYPD chokehold of a graffiti artist, whose name was Michael Stewart. It was at Union Square subway station, and the guy was smaller than me. The cops jumped on him and choked him to death. Also, at the end of the film, we shout out some other families, people who have been killed by NYPD.

So, many years later when I saw the NYPD do the same thing to Eric Garner, it was like: “This is the same shit.” Recently, the United States department of ‘just us’ cleared officers of anything. Also, they waited until the day before the statute of limitations was going to run out. The next day was the fifth anniversary of his murder – it took five years.

As we know, the list is too long to go over people of colour who have been killed by the forces, and they don’t go to jail. So, the authorities don’t put that much on the lives of coloured people. When this film came out, there were a lot of reviews from people on both sides of the fence, and the one thing that always got me was when reviewers would talk about ‘lament’ the loss of the pizzeria, and they put more weight on the loss of white-owned property than a black life. So, that’s another thing which has not changed.

This was the biggest project you had undertaken at the time. Can you tell us about how you went about this and the thought process behind it?: The title was something which came first, and I knew what I wanted it to be, but from there, everything just started to trickle in. I know that I wanted it to be the hottest day of summer. The heat in New York, after it gets past 95 ̊, shit is crazy. All of those people in the projects living on top of each other, that just shouldn’t happen. So, I knew that I wanted that to be in the film, and as the day goes on, the temperature goes up and we see things escalate.

I wanted to have the whole thing shot in one block and four years ago, New York City had that street renamed Do The Right Thing Way. That’s the only street named after a movie in the history of the city. So, the film takes place in one day and you see the many characters that live in the block, and even though it came out in 1989, I wrote it in 1988.

I have to give a shout out again to Night of the Hunter with Robert Mitchum, and that was written by James Agee, and that’s where the style was at the time – knuckle rings. So, that’s where I got the idea: instead of putting tattoos, Radio Raheem has love and hate.