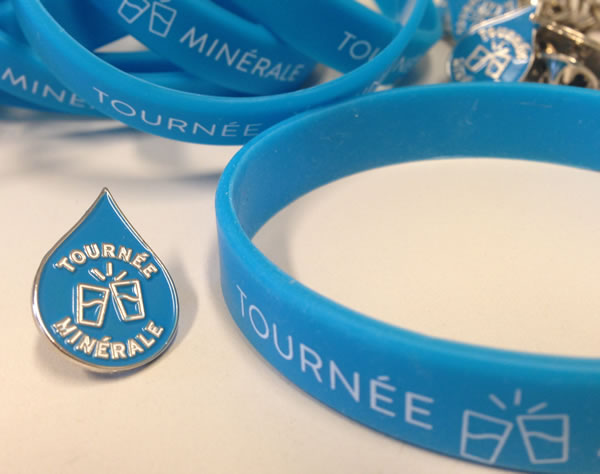 Dave Deruytter joined his fellow Belgians in abstaining from alcohol and offers his detox tips.

What are the effects of not drinking any alcohol for one month on the body and mind? Why do people start drinking again afterwards?

More than 120,000 people in Belgium joined an initiative to not drink any alcohol for whole month . It was dubbed ‘Tournée minérale’, playing on the phrase ‘Tournée générale’, the ‘drinks all around’ concept where someone pays a drink, mostly alcohol, for everyone in the pub, and ‘eau minérale’, meaning mineral water. Most of the participants succeeded in staying 100% sober for the whole month, and I was one of them.

The idea of not drinking alcohol for one month has already been tried out in other countries, in the UK for example with notable success. In Belgium, the month of February was chosen, not only because it is the shortest month of the year, also because it comes after the end of year festivities and the many New Year drinks in January.

I joined in because I started to realize that I had not had a dry month for more than 35 years. I am not a heavy drinker though. I typically drink seven consumptions of alcohol per week, One on Friday evening, three on Saturday and three on Sunday at noon. So, I am ‘dry’ four days a week. Still I wanted to prove to myself that I am not dependent on alcohol and that I can quit it for a ‘longer’ period of time.

What are the effects of not drinking alcohol for one month on the body and mind?
Medical studies have shown that after one month without a drop of alcohol you have 16% less glucose (sugar) in your blood and 15% less liver fat than before. That is pretty impressive. On the subjective side, I can confirm that I kind of felt fitter, more alert, more active and more confident. Furthermore, I had my memory improved and I slept better during this prolonged period without alcohol consumption. So, alcohol indeed seems to ‘kill’ the grey cells in your brain, or at least puts them asleep –I felt that they came back to life when I did not drink alcohol.

If all of that is true, then why drink alcohol at all?
On the negative side of not drinking alcohol for a month, many participants mention that they feel less social when not drinking with their friends. In my case I felt kind a bit not up to speed throughout my dry month, particularly towards the end of it and it even started to hinder my good sleep. Maybe I was also a bit less friendly and patient.

Alcohol apparently functions as a calming medicine, definitely with me. And I am not sure that if I would take calming pills instead to get to the same state, which would be better for my health. For sure I would not have the same rite and pleasure in taking those pills than drinking wine or beer. And I would not have the same feeling of looking forward to drinking wine at the weekend if I took pills.

How do you feel after starting to drink alcohol again?
The first glasses of alcohol after one month of abstention were a kind of special enjoyment. I really felt the calming effect on me. Later drinking became like back to normal again. But I am more attentive now to enjoying and taking my time when drinking alcohol. I am no longer in a hurry to finish my glass.

I like the view of an UK expert on what level of alcohol consumption per week is ‘acceptable’. He talks about the ‘2 by 2’ rule: 2 glasses of alcohol per day, 2 ‘dry’ days per week. I trust my ‘1 plus 3 plus 3, by 4’ is not too bad either. It just is much easier for me not to drink during the working week and more at weekends. Still I no longer feel inclined to force the third glass of alcohol, just to finish a bottle for example. One glass is quickly enjoyed, a second one makes the experience complete – I will have a third one only if I feel like it.

Will I do one month without alcohol again next year?
I definitely plan to do so. It felt great and it was not too great an effort. It requires attention and character when the others around you continue drinking alcohol. Before you know it you have a glass in your hands. To be able to say ‘no’ to a drink because you joined the ‘Tournée Minerale’ initiative is typically greeted with respect. It is recognized also by those not joining. And that makes it socially much more acceptable than if you would launch a dry month on your own initiative.

The month without alcohol barely behind us, the 40 days without meat or fish were on the horizon. I did not join that one, although I could have for the same reasons as for not drinking alcohol in February. I am not a big meat eater anyhow and two periods without ‘something I like and enjoy’ in a row felt like too many ‘good deeds’. Before you know it some smart aleck would launch ‘the month without fun’ and then the ‘month without…’ and I would lose my interest in their concept – for good.