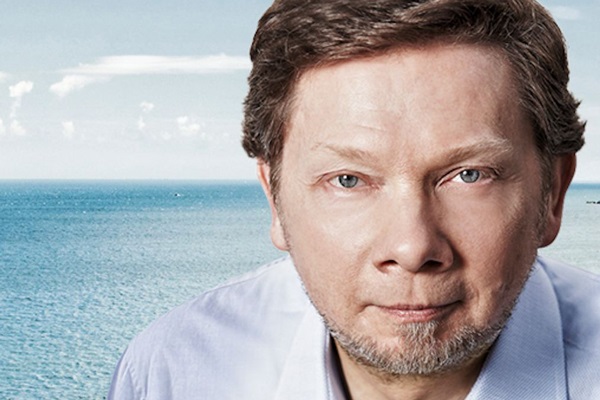 Our latest self-help book by Eckhart Tolle is firmly rooted in personal enlightenment.

In 2011, Eckhart Tolle was listed by Watkins Review as the most spiritually influential person in the world. In 2008, a New York Times writer called Tolle “the most popular spiritual author in the United States”. It’s no wonder that his book The Power of Now has sold over two million copies worldwide and has been translated into over 30 foreign languages. This is not one of those self-help books teeming with principles and platitudes – the book takes readers on “an inspiring spiritual journey to find their true and deepest self and reach the ultimate in personal growth and spirituality: the discovery of truth and light”.

Tolle introduces readers to enlightenment and its natural enemy, the mind. He awakens readers to their role as a creator of pain and shows them how to have a pain-free identity by living fully in the present. The journey is thrilling, and along the way, the author shows how to connect to the indestructible essence of our Being, “the eternal, ever-present One Life beyond the myriad forms of life that are subject to birth and death”.

Tolle says: “Only after regaining awareness of Being, liberated from Mind and intensely in the Now, is there Enlightenment.”

So where did all this need for change come from? Tölle was brought up in a small town north of Dortmund in the Ruhr Valley, Germany in 1948. Tolle describes his childhood as unhappy, his parents fought and eventually separated, and he felt alienated from a hostile school environment. Tolle also experienced considerable fear and anxiety growing up in post-war Germany, where he would play in bombed-out buildings. He later stated that pain “was in the energy field of the country”.

One night in London in 1977, at the age of 29, Tolle says he experienced an “inner transformation”. He woke suffering from feelings of depression that were “almost unbearable”, but then experienced a life-changing epiphany. Tolle says: “A question arose without an answer: who is the ‘I’ that cannot live with the self? What is the self? I didn’t know at the time that what really happened was the mind-made self, with its heaviness, its problems, that lives between the unsatisfying past and the fearful future, collapsed. It dissolved. The next morning I woke up and everything was so peaceful. The peace was there because there was no self. Just a sense of presence or ‘beingness’, just observing and watching.”
www.eckharttolle.com