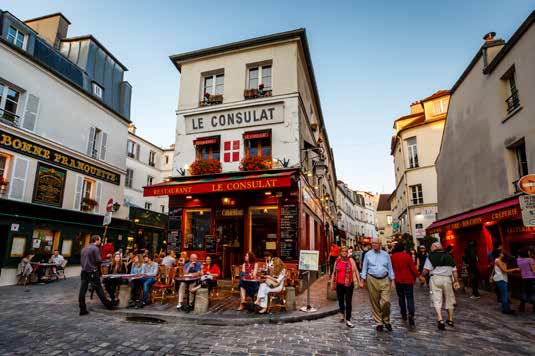 Our languages article this month sees Gemma Rose look at franglais as she meets two English-speaking writers living in French.

It is believed that the English–French rivalry began in 1066, when Guillaume, the Duke of Normandy, invaded England. There have been a few good spats since, including the battles of Trafalgar and Waterloo, and the 2012 Olympic bid. The spat of our times appears to be franglais, a threat so serious that French seems to be on the brink of annihilation. Les Anglais have not helped matters in language-learning: often stereotyped as incompetent in foreign languages, ridiculed for being unable to utter a few words of a language, whether as a tourist or as a resident for a decade. In the West at least, English is the lingua franca of business, popular culture and the internet. It is no wonder that French feels threatened.

If the English have a poor reputation for languages, then Americans don’t fare much better. According to the American writer Lauren Collins in her memoir When in French: Love in a Second Language (Harper Collins), linguists call America “‘the graveyard of languages because of its singular ability to take in millions of immigrants and extinguish their native languages in a few generations”. Foreign policy has equally engendered hostility. During the second world war, Americans were opposed to German as it was the language of the enemy. In 2003, French was the target due to France’s opposition to the Iraq war.

English and French are linguistically close – 50% of English vocabulary derives from French – but culturally, it seems like they couldn’t be further apart. There are, thankfully, plenty of Anglophone-Francophiles. I had the privilege of meeting two recently: the writers Emma Beddington and Lauren Collins. Emma is from Yorkshire, lives in Brussels with her French husband Olivier and their two children. She writes for a variety of publications including The Guardian and The Times. Her book We’ll Always Have Paris: Trying and Failing to be French (Pan Macmillan), published in 2016, is her funny and heartfelt memoir about harnessing the ambition to be French, ever since she stumbled upon French Elle magazine as a teenager.

The book delves into her conflicting relationship with home, Paris and inevitably with herself. Lauren is from Wilmington, North Carolina. She lives in Paris with her French husband Olivier and their two children. She writes for The New Yorker magazine. Her memoir, quoted above and also published in 2016, finds the brilliant balance between biography and the study of language. Each chapter of the book denotes a French tense, starting from the past perfect to the future. The book describes her spirited immersion into French, which leads to a better understanding of her relationship with Olivier.