Together magazine sat down with Jessica Chastain, a redhead who is blazing a trail for women in Hollywood.

Jessica Chastain has few equals in her profession.  Anyone who has seen her performances in films ranging from The Debt to Zero Dark Thirty to Interstellar to Eleanor Rigby will marvel at ability to convey both vulnerability and intensity. Meeting her in person, you are immediately struck by her passionate sincerity and emotional transparency. Whether it’s speaking about her beloved grandmother or how excited she was to study to move to New York and study at Julliard, it’s clear that Chastain feels things deeply. There’s a sense of urgency to her performances that commands our attention and draws us towards her.

That is no less true in Miss Sloane, her new film about a Washington D.C. lobbyist trying to push a background-check gun bill through Congress. Directed by John Madden (The Best Exotic Marigold Hotel), who previously worked with Chastain on The Debt, the film is bound to earn Chastain another Oscar nomination for her portrayal of a female crusader and will doubtless remind audiences of Julia Robert’s work in Erin Brockovich.  But Chastain’s Sloane is a smarter and more sophisticated heroine who operates at the highest level of the traditionally male-dominated world of Washington lobbyists.

“One of the biggest challenges for was to match the speed at which the real Elizabeth Sloane speaks,” Chastain says. “This is a woman who is incredibly smart and thinks and speaks much faster than I do, so I had to work hard at trying to match her rapid-fire delivery. She operates at such a high level that it was exhausting to play her. But she’s an incredible woman, and it was so exciting and inspiring for me to be able to help tell her story.”

The 39-year-old Jessica Chastain lives with her Italian aristocrat boyfriend, Italian fashion executive Gian Luca Passi de Preposulo, in a sprawling Victorian apartment overlooking Central Park in New York City.  The residence boasts six fireplaces, and one of her favourite items is an armchair that once belonged to Lauren Bacall which she purchased after the legendary actress passed away in 2014. 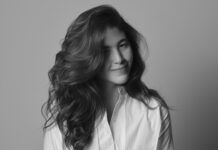 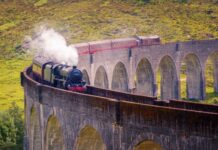 Luxury travel: Discover the train journeys of the World