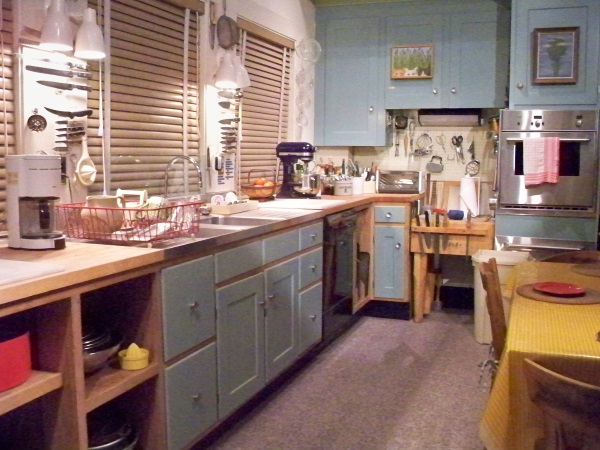 Gemma Rose says that in teaching her how to cook, Julia Child taught her how to live.

She was known as someone who never lost her child-like wonder. She approached things with inquisitiveness and fun. As a fan recalled in a New Yorker interview in 1974, she had an “all-embracing quality” that “sweeps everyone up and carries them away”. She was Julia Child, probably the first ever TV celebrity chef; the woman who brought good French cooking to kitchen tables across the US, and perhaps the world.

The late, great, Julia Carolyn Child was a late bloomer. Growing up in a well-to-do family in California, neither she nor her mother spent much time in the kitchen. She was raised on hearty American food like roast chicken and mash potatoes, served up by the family’s cooks. Although she found pleasure in eating, she took no interest in cooking, nor did she see the point it. Rather, her dream was to become in her own words, a “Great Woman Novelist”.

Nothing ever came out of becoming a Great Woman Novelist. After graduating in 1934, she spent some years trying to launch her writing career, and when that failed she spent a couple of years lazing around back home in California. During the war, she worked for the US intelligence agency and was posted to Sri Lanka. It was there that she met her future husband Paul, who also worked at the agency. Paul, who was ten years her senior, was well-travelled and cultured. He had a great love for food and wine. His mother had lived in Paris and was an excellent cook. Because of Paul, Julia knew that she should learn to cook.

Yet, she did not appear to have any natural talent in cooking. The first meal she ever cooked for Paul – brains simmered in red wine – was a disaster. At the beginning of their marriage, she would rate her meals as merely satisfactory. She didn’t seem to garner any pleasure out of cooking them: they seemed to take a laborious amount of time and exhausted her.

In 1948, Paul was posted to Paris and this city changed her life almost immediately. As quoted in her memoirs of Paris in her last book, My Life in France: “I had landed in a magical city – one that is still my favourite place on Earth.” She fell in love with the people, the customs and, naturally, the food. Whilst Paul was at work, she learnt French at Berlitz and cooking at Cordon Bleu. Cooking became her calling. “Until I got into cooking,” she said in the New Yorker, “I was never really interested in anything.”