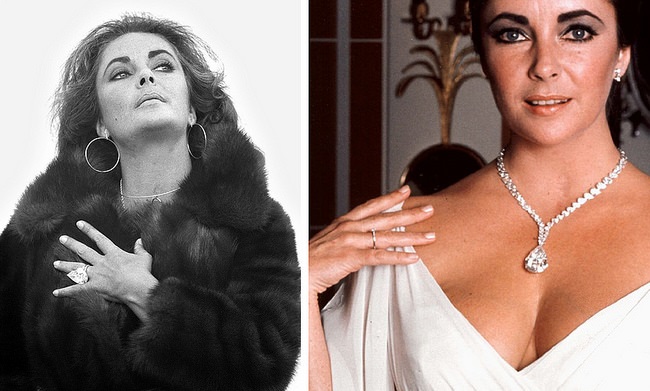 If you’re looking for something unusual to give your loved one for Valentine’s Day, look no further than these famous pieces of luxury jewellery.

Napoleon Diamond Necklace
To get hold of this historic piece of jewellery you would have to persuade the Smithsonian Institute to part with it. But if you want a look at it, it can be seen in the Gem Gallery at the Smithsonian National Museum of Natural History in Washington, D.C..

The necklace was a gift from Emperor Napoleon to his second wife, Marie-Louise, to celebrate the birth of their son, Napoleon II, in 1811. It consists of 28 mine cut diamonds set into a single thread, with a fringe of alternating pendeloque and briolettes diamond cuts. There are 234 diamonds in total.

The necklace was put together in Paris by Nitot and Sons. A jeweler Ernst Paltscho examined it an estimated its value at 376,275 French francs, a huge sum of money at the time. It passed through several hands (including con artists) until the wonderfully named Marjorie Merriweather Post bought and donated it to the institute in the early 1960s.
geogallery.si.edu/ 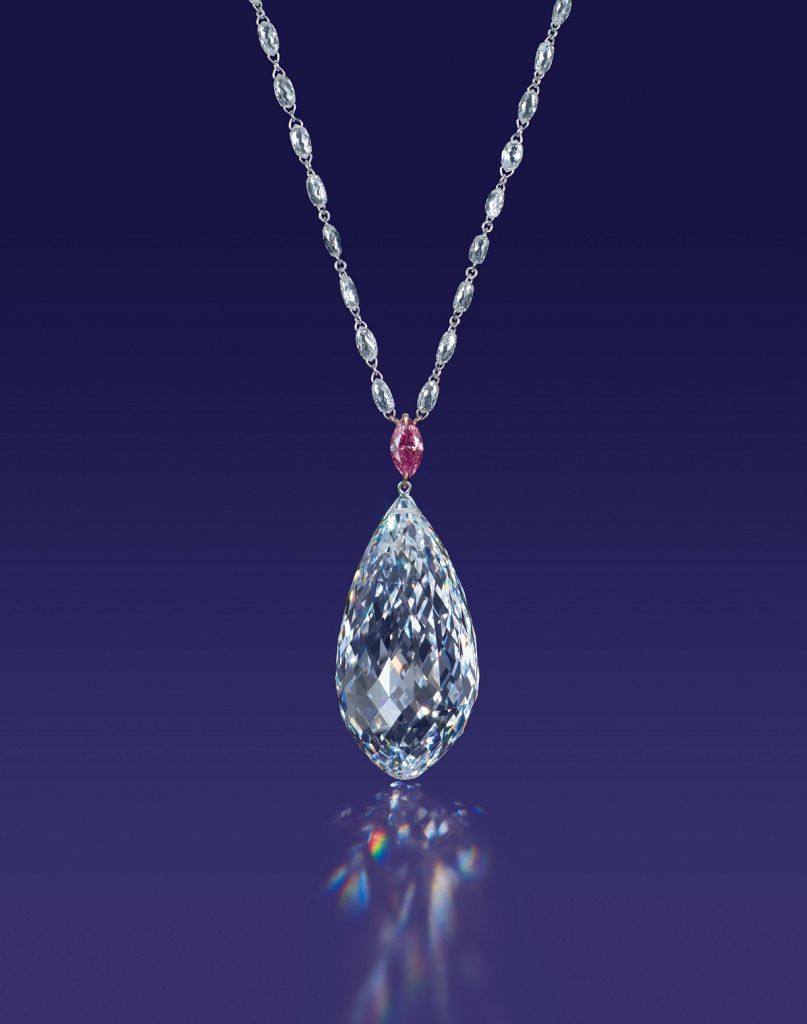 William Goldberg Briolette Diamond Necklace
Some people’s lives begin with a dash of destiny. William Goldberg was born on Tiffany Street in the Bronx, on December 22, 1925. His parents owned a small candy shop, but somehow managed to find the $250 required for their son to begin his apprenticeship as a diamond cutter. Over the decades, William Goldberg became synonymous with the most spectacular diamonds in the world.

He once said: “You shouldn’t cheat a diamond out of its right to be beautiful.” And he was true to his words when the Briolette arrived at William Goldberg as a 160.5 carat rough. After carefully shaping the diamond into facets to reflect light, the 75.51 carat Briolette was complete. It sold at auction for a cool $11.1 million.
www.williamgoldberg.com

Elizabeth Taylor Diamond
We’re not saying that Brad Pitt is a cheapskate by any means (he graced Together’s cover page as did his lovely partner Angelie Jolie in a separate issue).  And he did fork out 500,000 for her ring. These days it seems that’s the starting price, the one at the front of the tray in the high-class jeweller’s, intended to whet your appetite. So, imagine the current value of the ring that Richard Burton put on the finger of his wife and muse, Elizabeth Taylor. Formerly known as the Krupp diamond, we know it’s value in 2011 – it was sold at auction for $8.8 million.

The 33-carat, D color, potentially internally flawless diamond set on a ring was a gift from her husband, Richard Burton. The celebrated actor gave her the ring on May 16, 1968. It was considered the most iconic of her white diamonds and was the piece of luxury jewellery she wore nearly every day.

Mouawad – Most valuable
Many people strive to make it into the Guinness book of Records by performing outstanding feats but one privately held multinational luxury jewellery and timepiece company has no fewer than four listings, all of which begin with two words: ‘most valuable’. The most valuable necklace in the world, at $55m, is called L’Incomparable Diamond Necklace and features the world’s largest internally flawless diamond, the Incomparable diamond weighing in at 407.48 carats.

The Mouawad family can also lay claim to the most valuable handbag in the world, the 1,001 Nights Diamond Purse, valued at $3.8m). The most luxurious and expensive piece of lingerie ever made is also theirs— it’s called the Very Sexy Fantasy Bra, worth $11m. The fourth is the most expensive single pear-shaped diamond in the world, the Mouawad Splendor, which would set you back $12.8m.
www.mouawad.com