In our latest luxury watches article we look at a luxury timepiece company heading for a retro future.

In 1970, Hamilton debuted the world’s first digital watch to a disbelieving audience. Over 50 years later, the company is celebrating belief in the unbelievable with the Hamilton PSR MTX. Inspired by a digital universe synonymous with challenging the status quo, the limited-edition watch is ready to lead us into tomorrow.

In 1999, The Matrix asked viewers to free our minds – to choose a safe but false future or to enter a dangerous reality and fight for freedom. The saga continues in The Matrix Resurrections directed by Lana Wachowski, with Keanu Reeves and Carrie-Anne Moss reprising their iconic roles as Neo and Trinity. Just as the groundbreaking film franchise rewrote the rules of science fiction cinema, the original Hamilton Pulsar – reborn in 2020 as the PSR – stands as a symbol of the space-age futurism that led us into the 21st century’s increasingly digital-centric world.

As a nod to innovation in both film and watchmaking, Hamilton has applied the tech wear look of the Matrix universe to the similarly retro-futuristic design of another digital icon.

Digital immersion
Join the ranks of Neo, Trinity, Morpheus and more with a style that stands out in any reality with the Hamilton PSR MTX. Limited to 1,999 pieces in honour of the original film’s premiere, the sleek, all-black timepiece celebrates the return to the Matrix with green LCD numerals and the movie’s immediately recognizable digital rain pattern inscribed on the case back and on the watch’s special packaging. 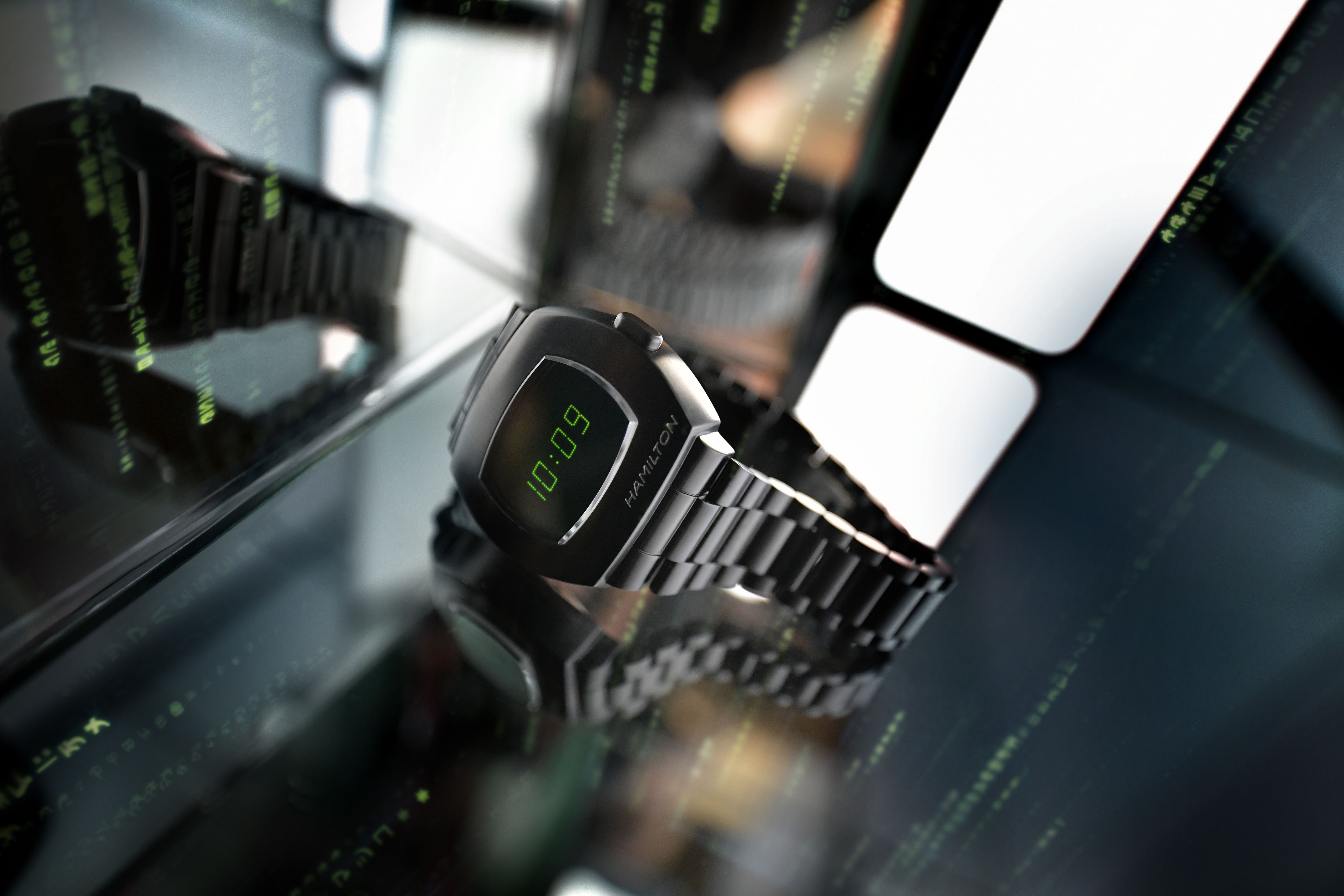 At the heart of cinema for almost a century, Hamilton watches are a favourite choice of filmmakers with appearances in over 500 movies since our first starring role in the 1932 classic Shanghai Express. In recent years, Hamilton’s innovative designs have given the company a particular lineage in sci-fi blockbusters, including Tenet, Interstellar and more. With a unique combination of cult classic appeal and retro-tech style, the PSR MTX brings the film’s legacy of heroic revolution straight to the wrist.
www.hamiltonwatch.com