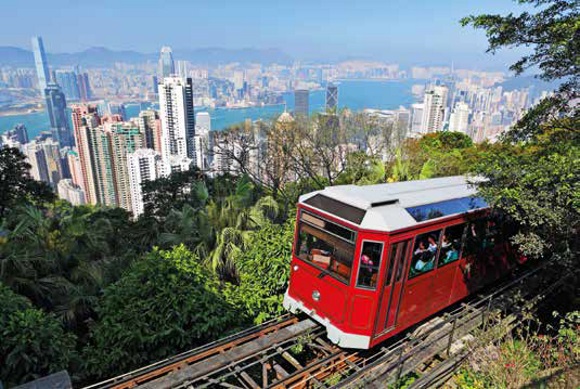 Dave Deruytter looks at what we can do about our overcrowded modern cities.

Cities are getting so crowded all around the world! Transport infrastructures are struggling to follow the demand. What is the alternative? Build more or different cities? Make fewer long journeys or less frequently and have more of a cyber-life?

In Brussels we are fed up with of all the works on the roads and tunnels. Travelling to and from the airport is expensive here and you are never sure how long it will take you. The traffic infrastructure on offer in Brussels is simply not following the demand or the needs of the population. Many commuters and travellers would be open to considering using public transport more but, as there is no increase or improvement in the system, they do not have a reasonable alternative to the car.
Not many cities in the western world do much better than Brussels, maybe with the exception of some vast US cities, although even there traffic is bad or commuting times long because of their sheer size. The developed or developing countries in Asia, and elsewhere, seem not to be doing much better either, but for different reasons than in the west.

In the western world there is the combination of a lack of investment in transport infrastructure because of lingering government budget deficits, issues with building permit requests that are successfully challenged by the public and ecological considerations. In the developing world it is more about the very rapid expansion of a middle class that can afford a car and wants to show off by using it, leading to an astonishing increase in traffic infrastructure demand.

Still, mainly for efficiency reasons, urbanization experts all over the world talk about nothing else than the need to go for ever more concentration of people in cities, because of, among other things, the fast growing world population, particularly its middle class. Ok, we can continue to build higher buildings and denser cities, but we still need transportation, so the issues remain unresolved.

If you have been to Hong Kong in recent years you will have noticed that this Special Administrative Region (SAR) of PR China also has its share of traffic jams. However, given the extreme density of the city, the walking lanes or paths go over the roads, are covered for rain or sun, and go through or are adjacent to the buildings. Elsewhere in the city, covered escalators bring pedestrians up from the seafront to the mid-levels of the Victoria peak in no time at all. All of which has resulted in the fact that a healthy walker can do an impressive amount of things on foot on Hong Kong island. Sadly, living within walking distance from one’s work in Hong Kong is still too expensive for many people. But once you arrive by bus or car in the business district, much, if not all, can be done on foot. Hong Kong island is built on the slopes of the Victoria peak, and a cable tram brings you up and down the hill too. Other hilly cities around the world have cable cars for efficient transport.