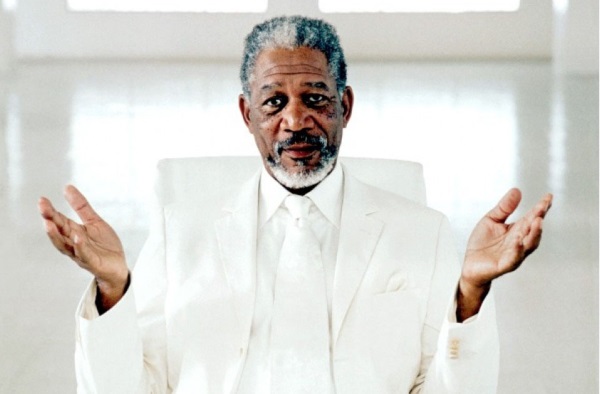 This month Together chatted to Morgan Freeman, a man who has played God – twice.

Not too many actors can say they have convincingly played God on the big screen. Morgan Freeman has played the Almighty twice in Bruce Almighty and its sequel Evan Almighty. Freeman appears in his first swords-and-sandals epic Ben-Hur, a re-imagining of the previously adapted biblical tale.

Based on Lew Wallace’s Ben-Hur: A Tale of the Christ, Ben-Hur tells the story of Judah Ben-Hur (Jack Huston), a prince falsely accused of treason by his adopted brother Messala (Toby Kebbell), an officer in the Roman army. Stripped of his title, Ben-Hur is forced into slavery. Escaping a slave ship after several years, Ben-Hur is rescued by a Sheik named Ilderim (Freeman), who becomes his mentor and benefactor, and eventually teaches the former slave to race chariots.

For African-American writer John Ridley it was important to have an actor of Freeman’s calibre to show the honour and dignity of the character and make him integral to the story.

“It was extremely important to give this character a voice and make him more faithful to the era and true to life,” he said.

Freeman, 79, who is a noted animal lover, worked with a variety of creatures on location in Italy, including horses, camels and donkey, as his character leads his caravan from town to town competing in chariot races.

Born in Memphis, Tenn., Freeman began his career on the New York stage in the early 1960s after a stint in the Air Force. He earned Oscar nominations for his performances in Street Smart, Driving Miss Daisy and The Shawshank Redemption. He finally took home Oscar gold in 2005 for his supporting role in Clint Eastwood’s Million Dollar Baby. He was nominated for his spot-on depiction of civil and human rights leader Nelson Mandela for Invictus in 2010.

Freeman spoke about reuniting with Wanted filmmaker Timur Bekmambetov to star in this remake, which has more of Jesus (played by 300’s Rodrigo Santoro) and why he continues to work at a steady pace when other men his age are more inclined to slow down.

The no-nonsense actor seems genuinely touched when he receives a standing ovation as he enters a hotel suite full of journalists to talk about his new film. Perhaps it’s that show of respect, that appreciation that partially motivates him to continue as a performer after six decades of practicing his craft.