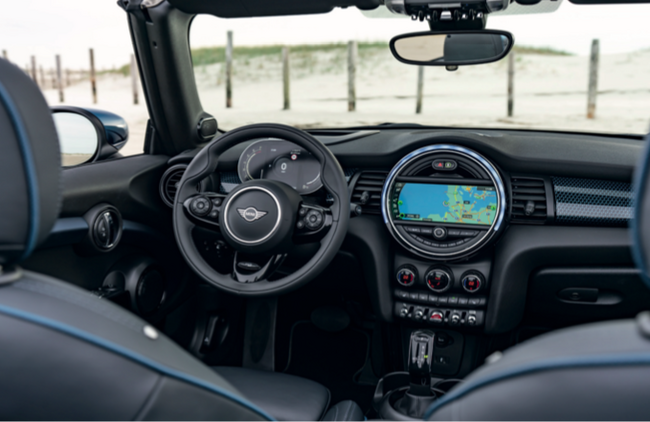 An alert and dashing 3X20, the Mini has been fascinating drivers since its first appearance. And the story is not about to end soon. So much the better! 1959: it was time for the Mini! We owe it to the genius of the Anglo-Greek engineer Alexander Constantine Issigonis, who became Sir Alec Issigonis in 1969. “I didn’t invent the Mini, but I built it,” he said of the future icon.

Its quality of its specifications is undeniable: we expected him to come up with a vehicle smaller than the Morris Minor, for four occupants and with an engine present in the British Motor Corporation database. 5.3 million Minis were produced from 1959 to 2000. With its small 10-inch wheels, its compact transverse engine controlling the front axle, its pocket size (3,050 X 1.410 X 1,384 m) with 80% of the length dedicated to the passengers, it was built in the British Motor Corporation Longbridge factory. Its DNA? Exceptional handling and road performance. Not to mention its overall look and its smiling face! All these characteristics are still well preserved on the current range! Never change a winning team, right?

A little nod to the passing of time. The rear trunk of the Mini allowed for 120dm3 in 1959 for 211 litres – now, in 2020, it has risen to 731 litres. And its price then was 520 pounds sterling, the equivalent of 2,158 euros today. The current one is between 19,700 and 45,800 euros. Timeless, the Mini succeeds in pleasing all the time, to young and old alike, to the fairer sex as well as to the men. Continuously delivering her work on the trade, its look has been updated without erasing its genes. And it continues to evolve technologically, adorning itself with the best of each era. And it maintained the flame of its glorious sporting record by winning the Dakar Rally five times. The Mini is Maxi, in the broadest sense of the word. Hats off to its father. And congratulations to the Munich manufacturer for having perpetuated this automobile legend with such brilliance: the modernity of the engines goes hand in hand with the different versions of passive and active security, without neglecting a top level of comfort.

Balance sheet? 61 years for this devil of princess, a bit of a wild child who has become an honourable sexagenarian – a sheer delight. Proof, if need be, that the automobile of the 21st century has in no way become cutesy, colourless and tasteless. Because, with the Mini, our emotions still matter.

And it will be around for a long time to come. With a brilliance that breeds jealousy often copied and never equalled. Simply an icon? Congratulations and thanks to the Mini.