Music: Starring in Belgium, this month and next…

Cher: Here We Go Again Tour 2019 with special guest Bright Light Bright Light is the seventh solo concert tour by American singer-actress Cher in support of her twenty-sixth studio album Dancing Queen. This is the first time the singer has embarked on a world tour since her Living Proof: The Farewell Tour(2002–2005). 28 September. Sport Paleis, Antwerp. Tickets: from €50.90 – €140.50 www.livenation.be

Psychedelic Furs: The Psychedelic Furs are an English rock band founded in London in February 1977. Led by charismatic singer Richard Butler and his brother Tim Butler on bass guitar, they were one of the many acts spawned from the British post-punk scene. Their music went through several phases, from an initially austere art rock sound to later touching on new wave and hard rock. Heaven, Pretty In Pink, Love My Way and Talk Talk Talk… Repeatedly, mighty melodic pop-rock awaits you. 25 October. AB Main Hall. Tickets €28 www.anciennebelgique.be 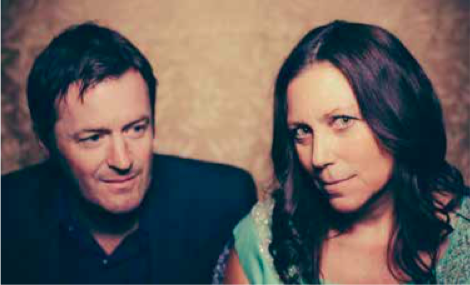 The Delines + The Calicos: The Delines is an American band from Portland, Oregon. The mainstay is formed by guitarist- composer Willy Vlautin and songstress Amy Boone. They have just completed their moving second CD The Imperial (out here via V2). Support-act will be the rightful winners of Rock Rally 2018, The Calicos. “The comparison with The War on Drugs isn’t pulled out of thin air but… they just as easily remind one of Neil Young, Nick Drake and Wilco. And, yes, those are serious compliments.” HUMO. 31 October. AB Club. Tickets €15 www.anciennebelgique.be