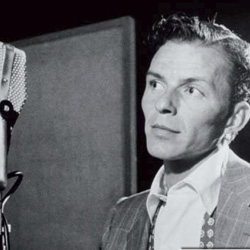 The idea that music is an aphrodisiac is no more than an urban myth, passed down through the centuries by peddlers of dubious food stuffs they couldn’t shift at market. Take the oyster, it’s nothing more than an overrated bivalve mollusc – and slithery to boot. As for chocolates they soon melt in the mouth and are gone, like gossamer. And that’s what I am on about: these aphrodisiacs have no staying power.

The effects of aphrodisiacal foods are based on the principle of ‘sympathetic magic’ – it has been claimed that the shape of it is key to its so-called source of power, not the substance of it. It has no substance. It’s all smoke and mirrors, reminding us of the rude shapes that forced a nervous giggle in our adolescence. This hocus pocus is no match for the gentle strains of a violin or a piano played by a prodigy.

Although fish and chips might well be some folks’ idea of the perfect meal and a culinary trigger for a romantic evening, it’s entirely natural that on St Valentine’s night couples flock to the corners of candle-lit restaurants to stick their noses in the trough and knock back copious amounts of red wine. But it doesn’t start to get intimate without music playing – albeit softly – in the background. It tugs at the heart strings, plucked by some unknown force, especially when the radio or an orchestra is playing ‘our song’ – somewhat more romantic than ‘oooo, our favourite vegetable curry, lass’.

Offer your Valentine partner all the red wine you like but music has it over a barrel. In Some Like It Hot Jack Lemmon’s character (disguised as Daphne the bull fiddle player) was so affected by the blindfolded orchestra’s performance of a nifty rumba that he agreed to marry his millionaire dancing partner on the spot.

Songs and tunes stick in our heads and in our hearts long after a three-course meal (even with a free grappa on the house) has made its way through the digestive system and been flushed out to sea. Whereas, music can soothe the soul of even the most savage of beasts and excite it in equal measure.

It’s a powerful weapon. In courts of old young ladies and gentlemen were not drawn inexorably towards the portly chef standing at a table heaving with victuals. No, all eyes and ears were on the wandering minstrel, the mysterious troubadour with his fiddle tucked under his chin. There were times when the minstrel had barely struck up the opening chords than some young couple were booking a function room and informing their families that nuptials would have to be announced by the town crier at once.

In more recent times, women have been known to faint on hearing the dulcet tones of a Caruso, a Sinatra or even a Robbie Williams. Frank offered them a chance to come fly with him, Enrico serenaded them with Vesti la giubba (and no, Emma Portier Davis, that is not a pasta you can add to your list of aphrodisiacs) and Robbie… well, he sang while he was winning. Rare are the women who have had to be revived by smelling salts having come face to face with a baked Alaska.

While Rome was burning, Nero did not seek out the nearest canapé, he reached for his lyre and played a tune dedicated to the city he so loved (the fact that he may have set fire to it is neither here nor there). And Chopin did not offer his beloved George Sand a string of Polish sausages but rather took to the ivories and knocked off a sonata.

On a more serious note, in his TV series Alan Yentob investigated the emotional power of music. In one scene Alzheimer’s cases were encouraged to move for the first time in a long time and even dance a little when played or sung music from their past, their feet tapping gently to the kind of memory that just won’t go away.