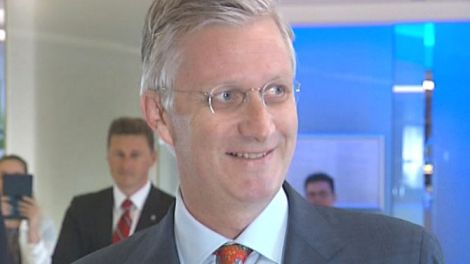 King Albert has been on the throne since the death of Baudouin in 1993. Citing ill health and failing powers he announced that he will step down as king to be replaced by his son Crown Prince Philippe.

The has spoken for the first time since it was announced that he will be crowned King of the Belgians in 17 days’ time. The 54 year old prince made a brief statement saying that “I will give everything I have with my whole heart.”

He stated to reporters: “Hello everyone. Today, I want to pay my respect to the king for his 20 years on the throne”.

“I am well aware of the responsibility that is on my shoulders and I will continue to give everything I have with my whole heart. Thank you, see on 21 July”.

Philippe is already widely travelled, speaks fluent English and has been operating as commercial ambassador for the country for some time.

Philippe will become the second crown prince to ascend a European throne this year, following in the footsteps of Willem-Alexander, who became king of the neighboring Netherlands on April 30 when his mother, Beatrix, abdicated.