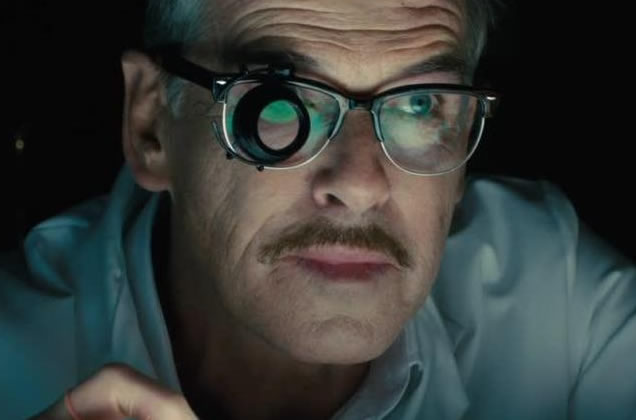 Together chats to an Irish actor has shaken off the 007 tag with no regrets.

With his pale eyes, rugged pallor and dashing swept locks, he remains a enduring sex symbol and iconic Hollywood hunk. Pierce Brosnan is keen to rubbish such fawning praise. He even has rather colourful language to describe his ageing looks.

“I’m an old fart and that’s plain and simple,” he laughs, while speaking from his home in Hawaii. “There’s no other way to dress it up. It’s the harsh truth and I’m OK with that. But such is life and I don’t think I’m doing too badly.”

A big screen favourite for nearly forty years, Ireland’s favourite son is undoubtedly best known for his seven-year tenure as James Bond, rejuvenating the franchise in the 90s with smash hits, Goldeneye, Tomorrow Never Dies and Die Another Day.

When 007 producers bumped Pierce for Daniel Craig, he channelled his super fame into a string of critical and commercial hits [The Ghost, Percy Jackson, Remember Me] and even gave his less than stellar singing talents an airing in Mamma Mia.

In the last three years alone, he’s worked on 14 movies, with seven due for release, including Asian political drama No Escape, period fantasy The Moon and The Sun and romcom How to Make Love Like an Englishman alongside Jessica Alba.

His latest however, will see the 61 year-old explore his dark side for the very first time as a ruthless assassin in new film, Survivor.

Facing off against Resident Evil vixen, Milla Jovovich, Brosnan plays The Watchmaker, who pursues a secret service officer across London after she inadvertently foils his terrorist plans.

Married to Keeley Shaye-Smith, [mother of sons Dylan and Paris] after first wife, Cassandra Harris [mother of children, Christopher, Charlotte, who sadly died two years ago and Sean] passed away in 1991, the actor talks new challenges, his peace with ageing, workaholic tendencies, envying Daniel Craig and encouraging his children to follow their dreams.

Together: In Survivor you play a villainous watchmaker. It’s not often we see you as the bad guy.
Brosnan: Do you know what I’m enjoying and appreciating the most about right now? Diversity. Choice. Opportunity. Getting the chance to work on films I’ve never done before. Have fun, playing assassins with sawn-off rifles and dark sunglasses.

And this for me was real challenge but one that Avi Lerner [exec producer] knew I would be up for, so here I am, chasing after poor Milla through the streets of London.

It’s everything we don’t know you for – a brutal Russian hitman, a mercenary, a terrorist. Were you overwhelmed by the task?
I was more excited if anything. You’re right, it’s so far removed from anything I’ve done before and that chance to discover your dark side, to climb into the mind of a cold-hearted assassin was fascinating. To terrorise and frighten was simply a great deal of fun.

You could say Bond was a cold-blooded assassin, not a million miles away.
Technically true, I see where you’re coming from but The Watchmaker, what a splendid character name for starters, don’t you agree. The watchmaker, he’s built of other clay.

Turning 62 this year and you’re in remarkable shape, as demonstrated in Survivor. How do you do it? Really, I need tips.
I try to maintain as best as possible. You know, probably one day I’ll wake up and I won’t recognise myself, my whole face will have caved in [laughs].

I play tennis, I try to play tennis, every other day I go to the gym, I have a gym. I ride my bike and I have a wife who looks after me, my darling Keeley Shaye, who’s done nothing but look after me with the greatest of love. I’m a blessed man and I’ve a job I love to go to, love my bit of acting and getting away with it.

You’d previously mentioned being approached to appear in the new Expendables film, have there been any developments there?
None that I’m aware of but it’s still something I’d be keenly interested in exploring. I might have another word with Avi [Lerner, who directs The Expendables] and see what’s happening.

You seem quite jocular when it comes to talking about age. Unusual for your industry?
I look at it with the greatest humility. To have lived this life, to have come down the old road, sixty one years of it and get away with it. I followed a young boy’s dream, a boy from Navan to London and out of school at fifteen and not knowing where you’re going or what you’re going to do. And then to fall in love with acting and fall in love with movies and be able to do that – a man becomes what he dreams.

You’re worked on something like 14 films in the last three years, don’t you want a break?
I haven’t really taken a break. I enjoy it, I enjoy the opportunity coming my way, I love the opportunity I’m making for myself. But when I do, I take longer breaks at home. I love being out here in our house in Hawaii. And my boys are at that great age where you want to be with him, 18 and 14. So I just take my time, but sometimes jobs come one after the other. I start my next job here in May and I finish that and go straight into another one.

As I said, I’m enjoying my career now, I’m enjoying this diversity that I maybe didn’t have years ago and it’s fulfilling and rewarding.

Where would you be if you hadn’t gone into acting?
I probably would have ended up being a social worker, caring for people. And I trained as a commercial artist so art is very much a part of my life.

But you know, when I found the acting, I was part of a youth group, a youth club theatre, and we did work for the school and youth clubs and I really enjoyed that work and it was the start of my career.

If it wasn’t acting, it was going to be something artistic, or something of service to the mankind.

They’re shooting the new Bond right now, will you go see it? Have you seen any of Daniel Craig’s work?
Skyfall. I did, I did [laughs], I’d never seen any of Daniel’s work before that, but I had to see Skyfall.

While I was shooting Survivor in London last year, every which way I turned, I’d bump into Daniel Craig; he’s there on the side of the road, or I’d be crossing the road and Daniel’s good old mug would jump out in front of me on the side of a bus. I’d go to the pictures and he’d be there. So I saw it and enjoyed it enormously. I thought it was magnificent, and thought what a celebration for the world really. It was fantastic to see it come out of the box with such panache and grace and storytelling.

Was it sad for you to see him in your role?
Yes there’s was poignancy to that. Especially up there with Judi.

So that was the most difficult part for you?
We had such a trusting bond. I still to do this day remember our first day together, sitting there around a gas heater, in the dead of winter on a sound stage [of Goldeneye]. Both mildly terrified at the work at hand, because it was our first day together. She is such, such a beautiful woman and a captivating actress.

Yet she dies in Daniel’s arms…
I will admit it, I felt just a tad envious of Daniel in that respect, to play out that scene with her and to have that moment. But it’s another man’s job and that man does it brilliantly and everyman has his dawn in the sun. It’s a small group of men who’ve played this role and needless to say, it will go on for another fifty years.

Barbara Broccoli once said Craig was the best Bond.
Well she’s not going to get a Christmas card from me [laughs]. Daniel is the best Bond ever, he is a great Bond. My Bond was of a generation, I would be putting my feet in my mouth if I said otherwise. For me Connery was Bond, everyone has their favourite Bond, Connery was mine, I belong to some people and Daniel belongs to many people.

It’s still your most recognisable role, does that bother you?
It’s always there, James Bond. You know, it’s just there, you celebrate it, it’s nothing but a gift, and it’s nothing but the deepest gratitude making such a mark of the landscape.

Did you ever worry Bond had typecast your career?
I was acutely aware of the mantle of Bond around my shoulders and how I was going to create another world for myself. It takes time and patience and hard work to have a career and create longevity as an actor. To find the right, best directors and the best scripts. You know, luckily I have Irish Dreamtime [production company] that was a great gift that came out of the James Bond era and I’ve been able to produce my own films like Thomas Crown or The Matador or Evelyn or The Greatest.

What remain your career ambitions?
As an actor, I haven’t done any of the classics. That’s something that’s gone through my mind at times. Do Shakespeare on film or Chekhov, I’ve never been offered those kinds of films. I like small independent films; I really enjoy that world very much.

And directing, I have considered it but made no in roads as such. It is still being considered.

Your son Sean is following in your footsteps, does this make you proud?
It does, very much so.

Do you try to give him advice, help in any way you can?
You cannot help but pass on your philosophy of life and what you know about this world, especially about the world of filmmaking.

I love to just share with him in the passing of a conversation you’re working on, he’s working on. You talk philosophically; you talk emotionally and practically, economically. But I don’t tell him what to do, that’s his own path to make. And he’s doing it very well.

He’s writing and producing his own films. And his brother Dylan, who’s 18, he’s becoming a fine writer himself. He adapted a Joyce Carol Oates story when he was younger and it’s really quite wonderful to see this creativity in the next generation.

Dylan’s modelling now too. He is and my god those genes didn’t come from my side. They’re all his mother [laughs]. He’s a very handsome young man and I encourage him to follow every opportunity that comes his way.

You’re an Irish citizen, as well as American, how much do you children know about their ancestry?
They’re very aware of Dad’s Irishness. It’s evident in every day of their lives that I’m an Irishman. They know of their heritage, and they’re very proud of it, and they know something of the tapestry of the land having visited as kids. And just me talking about the writers I enjoy, Samuel Beckett, Joyce and Yeats and the poetry of their lives. They know because I make sure they know.

It’s so important to know where you came from. It’s something I would never neglect and I know they find it fascinating. 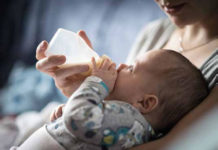