Much of the film’s power appears to lie in its ability to capture Ballard’s destabilizing effect on his readers?
That was certainly one of the objectives. One of the most remarkable qualities to Ballard’s writing is his daring when it comes to placing his characters in some form of dystopian extremity. 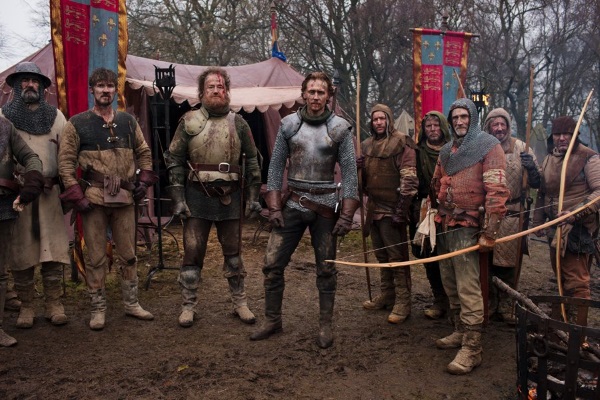 He’s also very careful not to intentionally manipulate your feelings towards the characters or create any sympathy for them. He doesn’t do that. He simply describes the demise of the building and the inhabitants’ slide into chaos.

Do you see High-Rise as a cautionary tale?
We’re being warned about our attachment to technology and our reliance on machines and where that is taking us. Ballard saw us entering this void where technology is now our source of interaction with the world rather than other human beings. There are inherent dangers in how far technology can reshape not simply the way we communicate and interact with each other but how we conceive of ourselves.

How do you prepare to play a character in this dystopian setting?
First, I played some extra games of squash (to prepare for his scenes playing squash with Jeremy Irons). I also spent a day with a forensic pathologist, and he took me into his workplace where I watching autopsies being performed. Visiting the pathologist and seeing a human body cut open was fascinating and disturbing. I called Ben (Wheatley, the director) and told him he should come by one day and he said, “No thanks!”

What was it like for you to watch autopsies being performed?
At some point it became very difficult to keep watching human bodies being opened up and all of our human engineering being exposed. What was probably most interesting is how a pathologist proceeds with his work and goes about his job like a mechanic taking apart a car engine, except in his profession he’s taking apart a human body trying to determine the cause of death.

Is this the type of research that can be very important to how you get into the spirit of the story you’re going to be exploring as an actor?
Doing the research is one of the things I love and one of the most joyful parts of being an actor – to give myself an intellectual and imaginative context in which I can place myself. That was especially important in a film like this and this particular kind of world that Ballard is describing where ordinary motivations and psychology do not necessarily apply.

Did your time spent observing autopsies help prepare you for the scene in the film with the severed head?
I suppose it wasn’t necessary, but I felt I needed to see it first hand for myself before doing the film. That scene is a very important metaphor about removing the masks we put on as members of society.