There appear to be an increasing number of personal trainers, coaches, gurus etc Bu ton eof the most successful and enduring is Tony Robbins. Robbins is an American motivational speaker, personal finance instructor and self-help author. He is well-known from his infomercials and self-help books, Unlimited Power, Unleash the Power Within and Awaken the Giant Within. He hs become a phenomenal success – in 2007, he was named in Forbes magazine’s ‘Celebrity 100’ list. Forbes estimated that Robbins earned approximately $30 million in that year.

Together’s publisher David McGowan chose the slogan ‘Together: Inspiring you to reach your dreams’ and he is a big fan of Robbins, whom he has seen in action several times. David found Robbins through listening to Robbins’ tapes at a time in his life where he needed direction. More recently a friend mentioned that she was going to see him live at his Unleash the Power Within (UPW) show. And so David went along and was blown away, and he had found a way into the personal development world that has been a large part of his life ever since.

In April, he planned another trip to London to catch the latest Robbins show – and that’s what these events truly are, with Robbins as always in motivational, evangelical form. The atmosphere in the hall becomes something that you would expect at a rock concert: and Robbins is the Mick Jagger on the stage. Tony holds UPW only five times a year – 1 in Europe, 3 in the USA and just once in his favourite country, Australia

It’s a very personal thing, how one reacts to this kind of very direct, highly positive coaching. But this time David invited some of his Brussels friends to go with him – they had never been to a motivational event so they headed there with mixed emotions. They had read the sales pitch:

Create your breakthrough
Unleash the Power Within is a live 3 ½ day event with Tony Robbins designed to help you unlock and unleash the forces inside that can help you break through any limit and create the quality of life you desire. Learn how you can surpass your own limitations to achieve your goals and improve the quality of your life.

But were they prepared for the high octane, emotional days that lay in wait as the Eurostar left Midi station? More of that later.

On the internet you can find images for ‘74 quotes by Tony Robbins’, that’s nearly as many as William Shakespeare who was born 400 years ago. Some of Robbins material is not as old as that, but it is based on old-fashioned principles with a modern, do-it-now twist. They include:

“Setting goals is the first step in turning the invisible into the visible.”

“Stay committed to your decisions, but stay flexible in your approach.”

“It is in your moments of decision that your destiny is shaped.”

‘“Success is doing what you want to do, when you want, where you want, with whom you want, as much as you want.”

This summary shows what participants (including David’s friends) were going to expect during the ‘4 Steps To Transformation’. 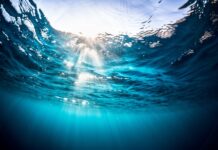