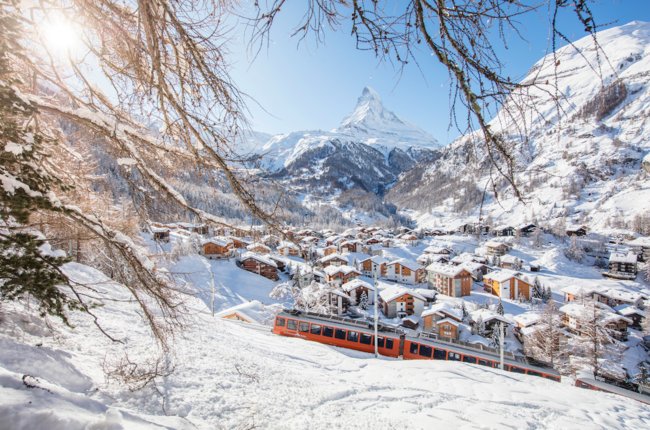 Travel: The quintessential Swiss ski resort, Zermatt continues to be hugely popular with visitors keen to experience its dramatic mountain scenery set against the backdrop of the iconic Matterhorn peak.

Although the town grew up and initially became famous internationally as a summer resort used as a staging point for visitors going on mountaineering expeditions, it quickly
developed as a winter sports destination and its different attractions – including snow sports – can be enjoyed year round.

Like the scenery surrounding it, the town itself is the stuff of picture postcards. Its permanent population of under 6,000 is dwarfed by its capacity to host up to 30,000 visitors, and this size and mix affords it a homely yet festive atmosphere. Another key factor in the unique feel to the town is that it is largely pedestrianized with all cars being prohibited. Access for visitors is primarily by train. However, local transport within the town area is available where necessary in the form of small locally produced electric vehicles that act as taxis – perhaps an example of what is to come elsewhere in Europe!

A great way to see the town and discover its history is to do a guided walking tour. Leaving several evenings a week from the tourist office, this gives not only a tour of the town and some of its surviving ancient wooden buildings in the Hinterdorf, but also an insight into its developments from a small, purely agricultural community 150 years ago into the famous international tourist centre it has become today. The bijou size of the town – a village really! – and pedestrianized nature perfectly lends itself to a walking tour.

However, it was the surrounding Mountains that made Zermatt famous and provide its ongoing attraction. Located in the Matter valley on the banks of the Matter Vispa river, Zermatt is surrounded by the Pennine Alps. These include 29 mountains over 4,000 metres, with nine of the ten highest in Europe being among them – including Monte Rosa, Switzerland’s highest peak, which stands at 4,634 metres (nearly 200 meters above the better-known Matterhorn). It also has the highest ski lift in Europe – the klein Matterhorn, which rises to 3,899 metres. And it’s not just about height – the entire network of available ski facilities is first rate. They include 360km of prepared pistes, as well as the possibility to ski into Italy.

Zermatt also hosts the longest downhill ski run in Europe – stretching to 25km. The resort has also staged an “infinity race”, billed as the world’s biggest drop, going from the Matterhorn Glacier at 3,800 metres all the way down to the town itself at 1,600 metres – a drop of 2,200 metres over a 10km course. However, the resort is not resting on its laurels by any means – investment in new and upgraded lifts continue to be made with further developments afoot to improve the links with Cervinia.