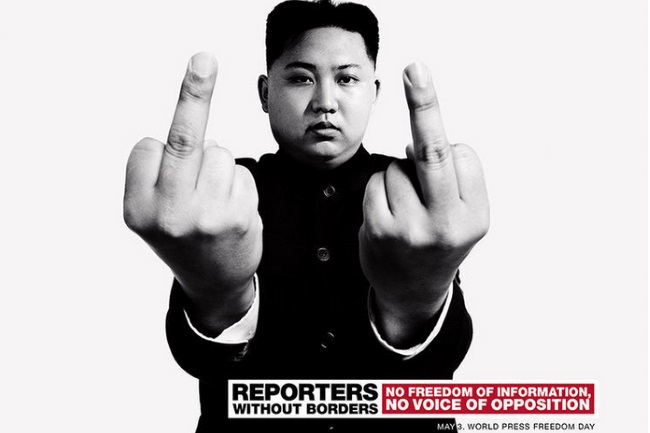 World Press Freedom: A reminder to us all about the abuse journalists must put up with.

Can you imagine living in a world where free press does not exist, where independent thinkers and writers are prohibited, and instead the news is controlled by the state or people dependent on them – transparency is an illusion and real information has become a mere fiction. Such a world feels more like a nightmare, no?

Indeed, journalists do fear and worry about certain backlashes to their investigations, but in democratic societies we tend not to feel threatened with our lives. However, the reality is much bleaker since this is not the case for all journalism around the globe. International reporting on abuses, crimes and corruption can be a great risk, and sometimes costs lives. Journalists and the media continue to face challenges regarding the practice of their fundamental right to free speech and free press, that is why on 3 May an annual celebration is organized to honour the invaluable work of such individuals.

This May the theme of the annual World Press Freedom Day was ‘journalism without fear or favour’. The aim is to remind our world leaders about the vital importance of the freedom of press and freedom of speech. It is one of the main pillars of our democracy, and it is protected by many of our laws. The day importantly also wishes to pay tribute to all the journalists who lost their lives while tracking down a story, or in other words, simply doing their job. World Press Freedom Day is a wonderful occasion to raise awareness for the hard work of all journalists and to safeguard the media’s independence. We must remember that the world we live in has the ability to offer countless sources of news, and although such an extensive access to the media is incredible, it also has its downfall. Combatting fake news and biased information is essential if we wish to truly uphold the principles of journalism.

As COVID-19 takes over our lives and habits, its damaging effect made no exemption to the world of journalism. Experts fear that the spread of deceptive and misleading information related to COVID-19, regarding the potential dangers or cures, may in turn have dangerous repercussions on our fight against the virus. Reporters without borders have created the 2020 World Press Freedom Index and it “shows that the coming decade will be decisive for the future of journalism, with the COVID-19 pandemic highlighting and amplifying the many crises that threaten the right to freely reported, independent, diverse and reliable information”.

The Index discusses the research they conducted based on 180 different countries and the results then evaluate the future of the freedom of journalism, suggesting it will be threatened by five converging crises. These are thought to be a geopolitical crisis, a technological crisis, a democratic crisis, a crisis of trust, and an economic crisis. Interestingly, the organization also found a correlation between the censorship and restraints placed on media platforms in regard to coronavirus and where the countries ranked on the index. I suppose it won’t come as a huge surprise that the index ranked China at the bottom of the list at 177 next to Iran ranked at 173. Indeed, during the pandemic both these countries have suppressed news which may be uncomfortable for their government.

World Press Freedom Day acts as a reminder that journalism is critical to the functioning of our societies, but it also offers us a chance to re-evaluate how journalism is protected. It is fundamental that world leaders acknowledge and encourage the freedom of the press. Yet, not all heads of state will agree with this logic. Donald Trump, President of ‘the land of the free’, did not express a single word of thankfulness regarding World Press Freedom Day. Instead, he actually denounced certain news organizations as the “enemy of the people”. Trump’s vision of the press, and those who share it, is the antithesis of World Press Freedom Day. We must, now more than ever be determined to protect the press. Let’s not make the nightmare our reality. 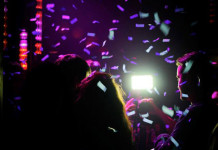