At last year’s TEDxBrussels, I was particularly struck by one of the speakers, Lina Colucci, who spoke about health hackathons. Health hackathons bring together specialists from different disciplines as well as consumer groups to respond innovatively to medical problems. At the age of 16, Lina began redesigning the ballet shoe so as to limit the pain and deformity done to the ballerina’s foot. This award-winning idea led her towards collaborating with Nike in updating the pointe shoe. Currently, she is a PhD student on a joint MIT and Harvard programme, dances ballet with the Harvard Ballet company and is an accomplished clarinetist. Judging by her CV and her appearance, she could not have been any older than 25.

Society tends to place a lot of value on youth. We often hear of the meteoric rise of actors, musicians, entrepreneurs, CEOs and inspirational leaders in their twenties, sometimes even in their teens. Forbes magazine does an annual “30 under 30” with movers and shakers in several domains including law and policy, education, entertainment and social entrepreneurship. This phenomenon is nothing new. Some of the greatest artists, composers, writers and scientists were so notable in part due to their youth – Picasso became well-known at 26, Mozart at 21, Orson Welles at 25 and Einstein at 26.

Whilst simultaneously being bowled over by Lina Colucci’s talent, astounded by her young years, and ever so slightly envious of her good looks and presentational skills, I managed to revert back to a TEDx talk earlier in the day by the American cardiologist Jonathan Sackner-Bernstein, entitled “It’s not too late to make a difference”. He too acknowledges the emphasis on youth success and yet dispels the rhetoric that creativity diminishes with age.

There were, and are, many great late bloomers, including Alfred Hitchcock, Virginia Woolf, Charlies Dickens, Mark Twain, Julia Child, Harrison Ford and JK Rowling. Yet, the fact that these accomplished people were late bloomers hardly ever seems to make the headlines, almost to the extent that they are the exception rather than the rule.

By playing down the merits of the late bloomers, not only are we potentially dismissing other late bloomers, but we are also denying the fact that some people and some ideas take time to flourish. Charles Darwin spent many years observing animals and plants, letting his thoughts and ideas incubate before he could write Origin of the Species at the age of 50.

Late bloomers inspire us because they show us that the young do not always hold centre stage. They provide evidence that talent can be latent, or it can develop slowly. We ought not be too quick to place limits on ourselves. 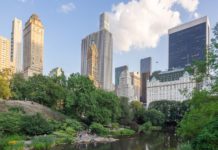 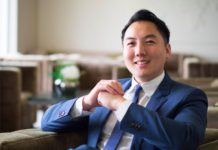