Saturated fats
Saturated fat has been linked to increased incidence of Alzheimer’s disease. To reduce the risk, it is advisable to consume fatty meat, full fat dairy foods and bakery/processed products infrequently or to switch to lower fat alternatives.

Ratio of omega-6: omega-3 fatty acids
Limiting foods high in omega-6 is advisable, as a high ratio of omega-6: omega-3, a hallmark of the western diet, can result in a pro-inflammatory environment whereby n-6 fats compete with n-3 fats for incorporation into the brain. Although dietary sources of omega-6 are widespread in the diet, concentrated sources of omega-6 encompass vegetable oils and processed foods, with the exception of olive oil and rapeseed oil (canola). Replacing vegetable oils such as corn, sunflower and safflower oil with healthier options such as olive or rapeseed oil and choosing olive oil based spreads could be beneficial.

Vitamin B6 is found in beans, meat, poultry and some fruits and vegetables. Folate is found in leafy green vegetables, some fruits, dried beans and peas, and some fortified foods such as breakfast cereals and reduced fat spreads. Vitamin B12 is found in foods of animal origin such as meat, poultry, eggs and dairy products. Older people may not absorb B12 very efficiently so the over 60s should aim to increase their intake of vitamin B-rich foods but should consult a GP before taking high-dose supplements as these can mask the symptoms of other deficiencies.

Vitamin D
Vitamin D is active in the brain and evidence suggests that it may be involved in preventing or slowing the rate of cognitive decline and dementia. Vitamin D deficiency is prevalent in the northern hemisphere. Few foods contain vitamin D, and we produce most of what we need through the action of sunlight on our skin. Approximately 30 minutes of sunlight on the face and arms 2-3 times a week during the summer months (March – October) is recommended and including foods containing vitamin D such as oily fish, sun-dried mushrooms, fortified cereals and margarine in the diet, but some people may need to consider taking a vitamin D supplement.

Appropriate dietary measures, emphasising specific nutrients shown to have a protective role, might open new ways for the prevention and management of cognitive decline and dementia.

It is important to remember that we do not eat nutrients in isolation but as part of an overall diet, and researchers now agree that a combination of all the dietary factors discussed here are likely to confer the greatest benefits for long-term health. 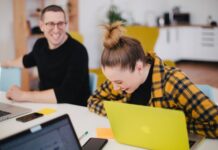