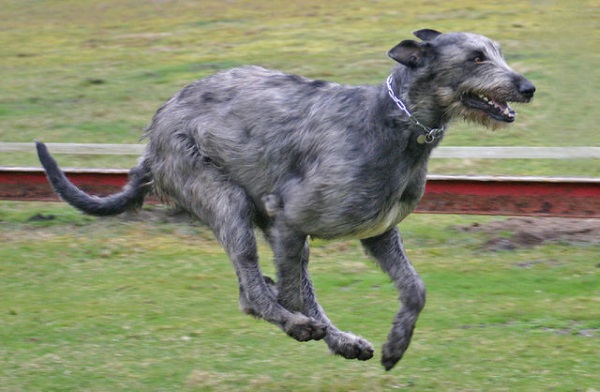 This month we look at luxury dogs how much dog lovers are prepared to pay for some rare canine breeds.

Irish Wolfhound
The Irish Wolfhound is a very large sighthound from Ireland. The breed originally was used for wolf hunting. Arriving in Ireland around 7,000 BC, these war hounds were later used for hunting and guarding. They can be an imposing sight due to their formidable size? The Irish proverb says they are “gentle when stroked, fierce when provoked.” €2,000
Photo: Attila by Sylvie Saulue/Design Madeleine 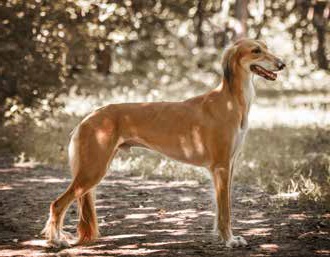 Saluki
Another sighthound, the Saluki, or Persian Greyhound, is typically deep-chested and long-legged. They can be somewhat independent animals, so they need patient training. One of the most unusual luxury dogs, it is a graceful creature. The Guinness Book of Records listed a Saluki as being the fastest dog, capable of reaching a speed of 68.8kph. €2,500 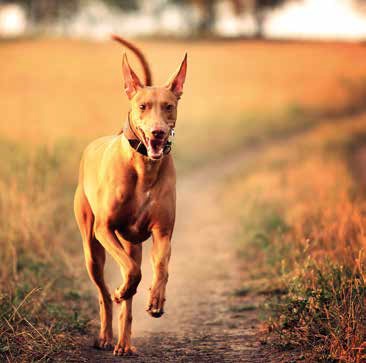 Pharaoh Hound
A regal name for a graceful, powerful and swift hunter. Always obedient, they’re eager to please, making them ideal hunting dogs. Its most unique feature is its ‘blush’ – its nose and ears turn a deep rose colour when it is happy or excited. €6,500 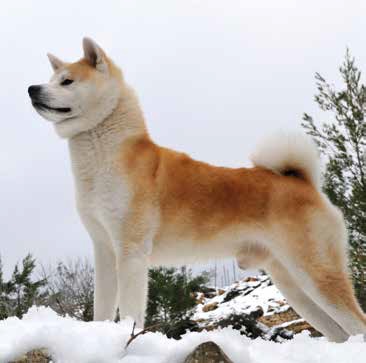 Akita Inu
The Akita Inu (‘inu’ means ‘dog’ in Japanese) is a large breed of dog originating from the mountainous northern regions of Japan, but today they can be found all over the world. They boast thick coats, plush tails and a powerful build. The Akita’s precursor tracked large game, holding it at bay until hunters arrived to make the kill. €4,500 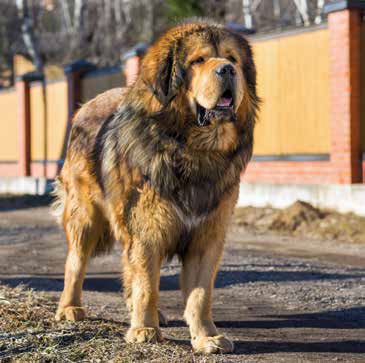 Tibetan Mastiff
The Tibetan Mastiff – not strictly speaking a mastiff – is known as Do-Khyi, ‘a dog which may be tied’. It was used for guarding herds, flocks, villages, monasteries and palaces. A primitive breed, males can reach heights of 83 cm, and it weighs in at up to72 kg. A difficult animal to domesticate, it retains its natural instincts from the harsh conditions in the Himalayas. €7,000 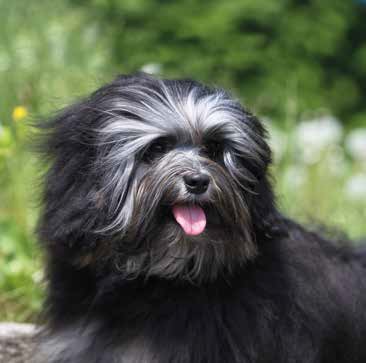 Lowchen
The Löwchen (‘little lion dog’ in German) is a ‘toy dog. Among the rarest dogs in the world, it is a friendly, healthy and happy dog. Dogs of this breed are both active and playful, and very intelligent, making it an excellent house pet. Weighing under 8 kilos, it would take ten of them to equal the Tibestan Mastiff’s weight. €8,000 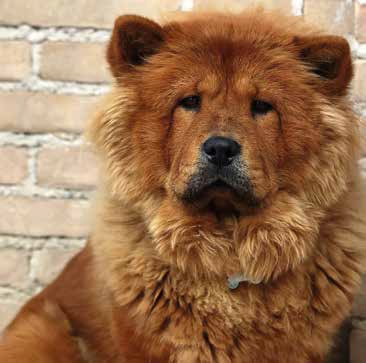 Chow Chow
The Chow Chow is originally from northern China. This puffy-lion dog is one of the native dogs used as the model for the ‘Foo’ dog, the traditional stone guardians found in front of Buddhist temples and palaces. It is one of the few ancient dog breeds still in existence in the world today, and is thought to be one of the first ‘primitive’ breeds to evolve from the wolf. €8,500 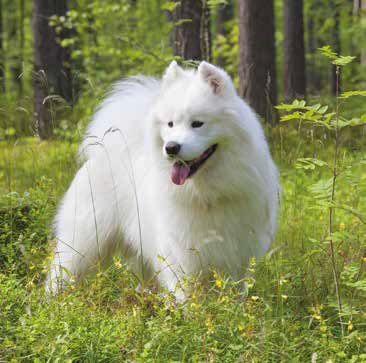 Samoyed
Bright and alert, with a weather-resistant coat, this breed takes its name from the Samoyedic people of Siberia, nomadic reindeer herders who bred the fluffy white dogs to help with the herding, and to pull the sleds. Popular for its impressive, thick coat, it is also famous for black lips that curl into a ‘Samoyed smile’, but their friendly nature means they are not cut out to be guard dogs. €11,000