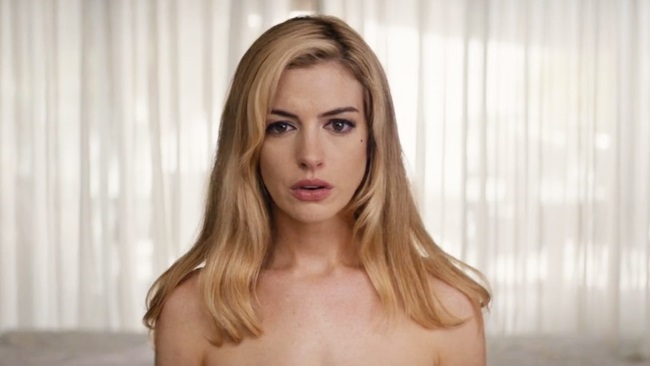 This month Together sat down with Anne Hathaway a movie actress who has had to battle some demons.

Anne Hathaway is down to earth and charming and witty. The Oscar-winner is engaging and open and relatable, making the trolling she has received in the past all the more unfathomable. So where did all the Hatha-hate come from? One slightly stunted Oscars ceremony?

The reality, probably, is that the New York-born beauty had probably just been trying a little too hard. Having long suffered from a chronic need to please others, she took to putting on a cheery media façade to endear people to her… which had the exact opposite effect.

His quiet life is shattered, however, when his ex-wife Karen (Hathaway) tracks him down with a desperate plea for help. She begs Dill to save her – and their young son – from her new, violent husband (Jason Clarke) by taking him out to sea on a fishing excursion…

Proud of what is already an impressive body of work, she chats about her desire for risk and danger in her career and why she was looking for something different.

The star lives in LA with husband, Adam Schulman and their two-year-old son, Jonathan. They produced Song One together.

Together: What’s it like working opposite Matthew McConaughey?
Anne Hathaway: I’ve said it before, but Matthew’s just a very easy guy to be around. It’s so easy when you’re working with people who don’t take themselves too seriously. He is, of course, an actor of incredible stature, but he’s one of those people who expresses that stature in the roles he plays and the performances he turns in, not in his day-to-day demeanour. I’ve always found him totally believable, totally absorbed, in whoever he is playing.