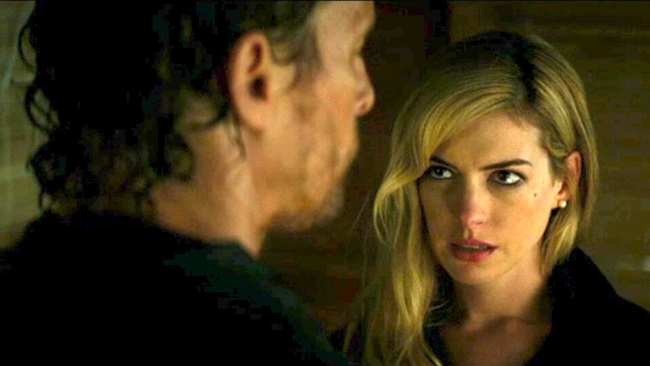 What’s your process for choosing and assessing a script?
There is no set process, per se, but I think the best scripts are those that I read and really can’t work out. It was a bit like when I first read Colossal – I sat back and said to myself, ‘what the f*ck did I just read’. It was so removed and fresh and bracing, it made me sit up. It was exactly what I am after – that kind of thing represents for me the movies I wanted to make when I first got into acting. Just entirely directionless, in a good way and really unpredictable. These are the kinds of movie where I would have been first in line at the theatre, whether I was in it or not!

Do you find it easy to portray dark, challenging characters, as well as the funny, light ones?
Certainly, because we’ve all been to dark places as people. That’s inevitable – it just is. We all get down, despair, wonder will it get better, and it inevitably does. I’m making it sound much worse that it has been in the past, but we’re all the same, life’s a rollercoaster.

Coming back after having your son – is it a tough juggling act?
I was so fearful that I wouldn’t be able to get pregnant, it wasn’t the easiest journey and it’s something I wanted for a long time but it happened and he’s here and I’m so happy that he is, everything after is a gift. At the start I was making it up as went along, so far so good. So far so amazing. When we got him to his first birthday that felt like a big achievement [laughs]. Everything since then, with the relief and confidence that grows every day, has become easier.

Someone told me the other day you were teetotal… that must help!
No, god no. I am not [laughs]. Before I went to college, maybe, but then I went to Vasser, I let loose, maybe went a little further than I should have sometimes. It was never out of control but yeah. I think most people are shocked to learn I’m not teetotal, far from it.

You seem happier and content, in yourself now?
I’m very happy with how my life is evolving. I’ve figured out that I don’t have to stress myself as much and can just enjoy everything more by being true to who I am.

Your honesty is very heart warming
It’s just I’ve realized over the years that you don’t ever want to look like you’re trying too hard, and I know I do sometimes, or at least, I did. But then I figured out that I don’t have to put on an act and I can still be appreciated just for who I am in my own awkward, contradictory, messed-up self. I don’t try to hide behind some façade that isn’t me.