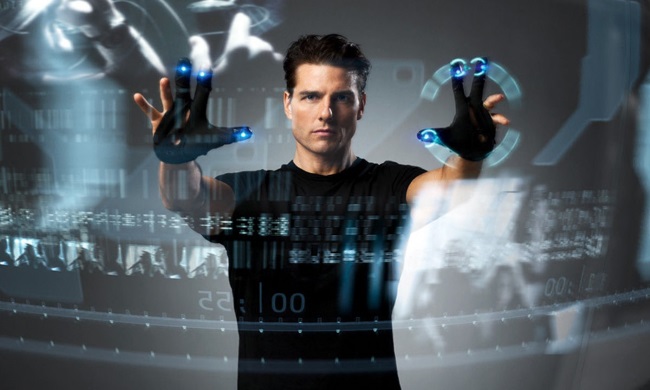 Colin Moors asks: Is this the real life, is this just fantasy?

I’m going to tell you why augmented reality is no longer the stuff of big-budget sci-fi but very much the next big thing. I suppose a good place to start would be to tell you what it is. I’ll bet many of you have seen the films Minority Report and Iron Man, so I’ll go with those as a base. When Tony Stark straps on the metal suit, his helmet feeds him all sorts of information about his surroundings in real time, aided by a computer. In the most famous scene in Minority Report, Tom Cruise’s character is seen shifting 3D shapes around with his hands in the course of an investigation. These are essentially what augmented reality is about – enhancing your view of your surroundings with data, pictures, clips and text.

Those of you even slightly interested in how the behemoth of Google is marching forward will know that a few years ago, in around 2012, their secretive Google X labs leaked information about a new form of wearable technology. Looking very similar to a regular pair of glasses (except for a strange bit sticking out on the side) Google Glass would enhance your view of your surroundings by recognizing elements of the landscape and offering information about them – think opening times for that cosy-looking restaurant, special offers in the exhaust repair shop across the road or just plain and simple data on the statue, tree or car you’re looking at. Geeks around the world were drooling at the possibilities – many were more than a little disappointed when Google revealed that they would not allow pornographic applications to be used with it. After much hype and a big media circus, Google Glass was quietly and humanely killed in early 2015, a victim of being fantastic technology with no conceivable market.

“Enough with the blah blah, how will this thing change the way I go about things?” I’m glad you asked. Shopping, for one, could well be a whole new thing once the new reality is applied. TopShop have already piloted a system whereby you look at a dress or a pair of trousers and by looking down at yourself, can ‘try them on’ without all the usual rigmarole of trying to balance on one leg in tiny changing rooms. Shisedio has produced a mirror, in which you can apply all the makeup you want without a brush or lipstick touching your face. Other retailers are experimenting with changing the colour of the clothes you are wearing via specially designed eyewear. Various furniture companies have apps in development that will design an entire room for you – with the option to purchase all the required items in a single tap of the screen, of course. Yes, naturally these companies aren’t doing it entirely for your convenience, but it is this investment that will drive the technology forward.