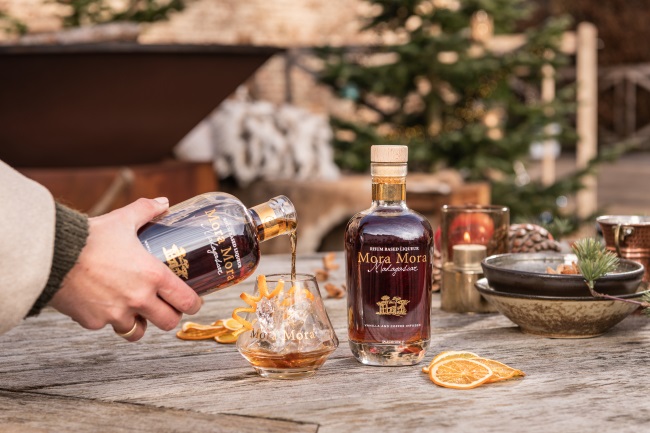 In our latest Belgian drinks article we anoounce that Mor Mora, the rum-based liqueur, was awarded a two medals at the prestigious San Diego Spirits Festival in the Best Product and Best Branding and Packaging categories.

Launched in 2009, the festival is an unmissable event for the selection of the world’s best cocktails and includes bartender competitions, tastings, workshops and awards ceremonies. In 2016, 2017 and 2018, the festival has been awarded the title of World’s Best Cocktail Festival by Lux International.

Mora Mora received two medals – a design award in the Best Branding and Packaging category, and a silver medal in the Best Product category.

The Mora Mora brand was created by the Belgian Philip Verhelst and his wife Fanja, originally from Madagascar, who received this recipe from her grandmother. Fanja later refined it at her restaurant on the banks of the River Saône, near Lyon (France). Mora Mora is made according to a traditional recipe from Madagascar using ingredients that have made the island famous the world over, notably authentic Madagascar vanilla, almonds, coffee and oranges. Fanja and Philip received so much positive feedback that they decided to market this drink.

In fact, far from being a simple rum, Mora Mora is better defined as a special rum liqueur. Its pleasing flavour is enhanced by a touch of vanilla. The combination with coffee beans makes this rum taste great straight and adds a delicious after-taste, to be enjoyed as a sweet, smooth after-dinner drink or as an aperitif. With its 32% alcohol content, Mora Mora is a refined drink that lovers of cold drinks can also enjoy on ice. In short, the ideal drink for winter days and the holidays.

The front of this award-winning bottle features a baobab, a sacred tree in Madagascar, symbol of eternal success.

Fanja & Philip Verhelst, the brand owners, declare: “In Madagascar, “mora mora” means “no worries, relax” . In other terms, “live it up”, it’s our way of saying “Hakuna Matata”. We are very proud of having been awarded two medals at this prestigious festival. It’s a huge recognition of the years of work that have allowed us to create this unique product . This award will certainly help us continue our growth in the United States, although the Belgian market remains crucial.”

In this perspective, Mora Mora can rely on its Belgian partners:
● the drink is produced by The Bassets Craft distillery in Ruiselede.
● the award-winning packaging was designed by Boch & Bordon (Gand),
● distribution is guaranteed by Signature Wine & Spirits.

Mora Mora is also available online and at an example of shops listed in this word file.