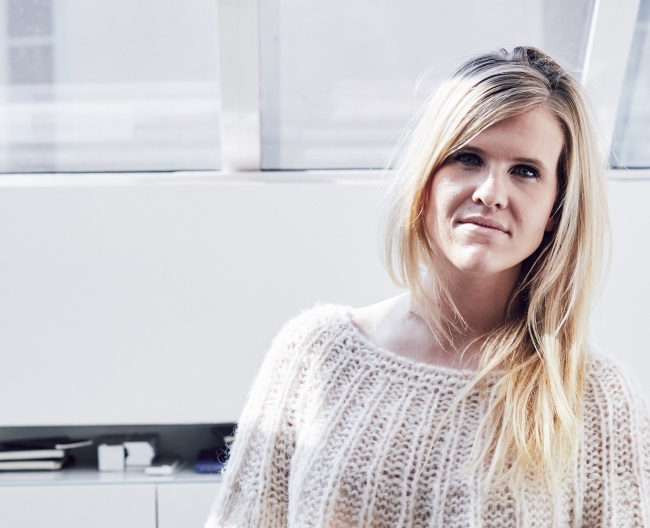 In our Belgian fashion pages Jeanie Keogh meets a designer who found her calling at a very early age.

It is not very often that one finds his or her calling at the age of seven, but that is what happened to Macha Thys when her grandmother taught her to knit. It started with a simple scarf and then developed a love for all things yarn until her skill rivalled that of the fairy tale character with the fabled ability to spin straw into gold. When meeting Thys there is an urge to reach out and touch her arm to feel the magnificent softness of the egg shell white sweater she is blanketed in. Be it the enchanting glow about her as she strokes a long trench coat-like shawl made of baby alpaca, or the manner in which she speaks about her dedication to the beautiful material, Thys is not just another pretty face trying to make it in the rough world of fashion. Her story is about honouring natural fibres and natural beauty, bringing back classical femininity, and reconnecting with what’s pure. She spins a good yarn.

After finishing her university studies, Thys searched for a program at a fashion school that specialized in knitting and settled on Esmod in Paris. Graduating in 2014, she started out at Vermont Broderies, before moving on to Sonia Rykiel, the so-called Queen of Knits, and then Chanel. Now she has launched her own label under her name, dividing her time between Paris and her hometown of Liège where she runs a small home-based business. There, she has brought four Liègeois women into the fold and together they hand knit Thys’ cosy creations into being. And when they cast off, the result is a luxurious and unique garment that feels against your skins like the equivalent of tucking yourself into a cloud or curling up inside a lover’s hug. The spirit of Thys’ knitware is that each piece is made with care, so that it becomes prized as a favourite sweater.

But as much as she is a traditionalist, Thys also branches out to other styles and techniques than the standard sweater, sweater dress or scarf. She plays with patterns that are not typically seen in knitwear, for example, a hoodie, denim shirt, bomber jacket, and even bodysuits, corsets and underpants. She has even been commissioned by a friend to make a wedding skirt.