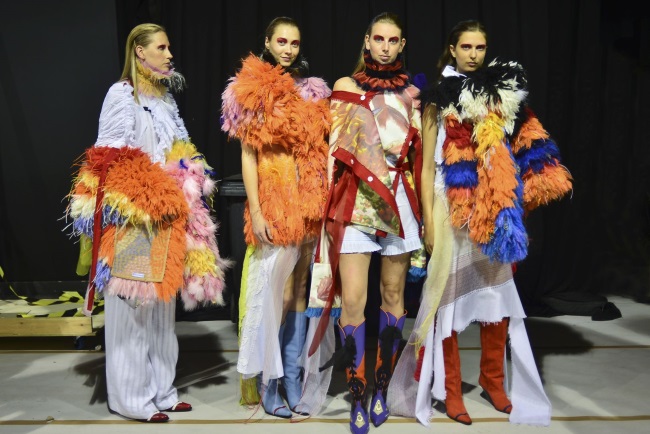 This month in our Belgian fashion pages we take a look at a city that simply oozes fashion.

Antwerp and fashion
The romance between Antwerp and fashion goes way back to its most famous ‘love childs’ the Antwerp Six. Thanks to these designers, all spotlights shine on Antwerp’s catwalks. And that reputation has not diminished – just look at their many remarkable successors. Antwerp has been investing in fashion for years. It is presentt here in all its forms: from an illustrious fashion programme and several ateliers to a fashion museum. That creative influence has spread across the city. You’ll bump into many famous fashion houses and design shops.

Breeding ground for talent
De ModeNatie is the creative fashion heart of Antwerp. It houses the Fashion Museum (MOMU), the famous fashion department of the Royal Academy of Fine Arts and the Flanders Fashion Institute (FFI).

Starting and established designers
Many designers remain in Antwerp and start their labels there. Their boutiques add to the famous fashion houses that settle in the city. That’s good news for fashion lovers. They’ll find everything they need to make a successful fashion statement.

Six of the best
You always know you’re headed somewhere when you get a number – and the Antwerp Six, a group of fashion designers who graduated from from Antwerp’s Royal Academy of Fine Arts between 1980–81 are no exception.

Antwerp at the time was not exactly one of the world’s most easily identifiable fashion capitals. Not a particularly populous or cosmopolitan city, the Belgian city was, at the time, a far cry from Paris or Milan in terms of having a place in the upper echelon of fashion. But, this fashion collective presented a distinct, radical vision for fashion during the 1980s that established Antwerp as a notable location for fashion design. The breakthrough occurred in 1986, when the group rented a truck and set out for the London Fashion Week with their collections.

Martin Margiela, another Belgian contemporary, was not actually part of the group that showed in London, although he is often mistakenly described as one of the Antwerp Six; he had moved to Paris, and did, to be fair, initially work for Jean Paul Gaultier.

Under the supervision of Loppa, at the time of the collective’s creation, the six designers’ work represented a radical breakthrough. After the late 80s. the fashion team split to work individually, each developing a distinct and unique style and trademarks. Their legacy can still be felt today as they set the example for generations of fashion designers who follow in their wake, such as Kaat Tilley, Raf Simons, Veronique Branquinho and many others at Flemish academies.

Reflecting on the famous six-some, Geert Bruloot, who helped to pioneer the group by way of his Antwerp boutique, Louis, which started selling the first collections of Martin Margiela, Dries Van Noten, Dirk Bikkembergs and Ann Demeulemeester, told the New York Times: “Before London, we went to Japan to introduce the graduates’ collections to buyers and press. I got to spend two weeks with them in Tokyo and discovered they had real potential as designers. But at the time, they were not able to do what they wanted or to express themselves.

“London had a vibrant fashion scene in the mid-80s, with designers like John Galliano, Vivienne Westwood and Katharine Hamnett gaining prominence. I got Dirk to come with his shoes, Walter to design a new collection and Dries phoned me to ask if he could join us. Then I had the idea that it should be six of them and I contacted Marina Yee, Ann Demeulemeester and Dirk Van Saene who accepted to go to London, too.”

And the rest, as they say, is fashion history. 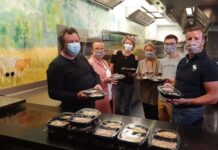 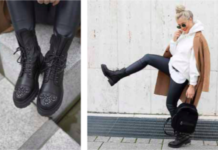