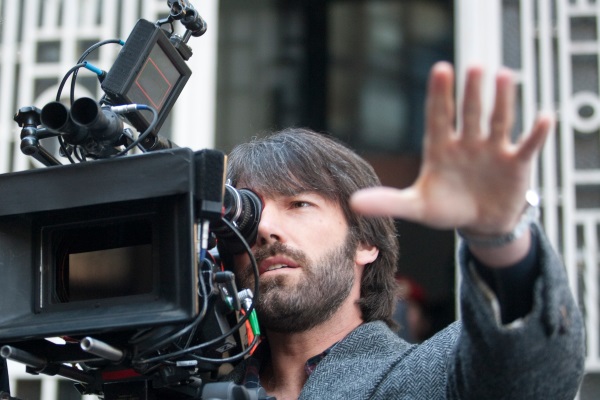 Together spoke to Ben Affleck, an actor, director and fundraiser who has had his up and downs in the fickle world of show business.

Ben Affleck has a history of rising from the cinematic equivalent of death.  Once the darling of Hollywood in the years following Good Will Hunting and subsequent high profile romances with Gwyneth Paltrow and then Jennifer Lopez, the hunkish actor saw his world fall apart after Gigli bombed and earned him the worst reviews of his career. But then he rebuilt his life with his marriage to Jennifer Garner and a dual career as both actor and director, first with The Town, and then with his Oscar-winning film Argo.

Last year saw him star in David Fincher’s critically-acclaimed Gone Girl and then came the news – greeted with scepticism in some circles – that he was going to take over the role of Batman following the departure of Christian Bale. On top of that came the shocking announcement last June that Affleck and Garner were divorcing after ten years of marriage and three children. More stories following claiming that Affleck was having an affair with his nanny although Garner subsequently stated that their marriage was effectively over long before Ben’s rumoured indiscretion.

But Affleck is a resilient figure and his new film, Batman v. Superman: Dawn of Justice, co-starring Henry Cavill as Superman, has proven to be a massive box-office success earning nearly $900 million at the global box-office despite mixed reviews and ongoing reports about Affleck’s seemingly dejected appearance while doing press for the film. Affleck delivered a solid if dark take as Batman, and the film’s impressive performance has doubtless given the 43-year-old Boston native some solace.  He recently began filming the next instalment in the franchise, Justice League, again co-starring Cavill as Superman.

When asked to comment on why audiences tend to be drawn more to Batman’s dark side than true-blue Superman, Affleck quipped: “There’s something uninteresting about being a God like Superman. He’s too perfect. It’s boring. Batman is flawed, he’s the bad boy, you want to chase him, you want to fix him.”

Apart from his film work, Affleck has invested considerable time and money in the East Congo Initiative, an economic development programme he co-founded in 2010 that his since poured in millions of direct aid to that war-torn region. ECI supports local Congolese organizations working on a range of issues from small business start-ups to child welfare to women’s rights to promoting social justice.

Together: Ben, what made you want to play Batman?
I’ve always been drawn to Batman because he’s the most complex and human of all the superheroes.  He’s a very vulnerable and conflicted character and in that sense he most closely resembles us.

Although we see him as this heroic figure he’s also deeply flawed and broken.