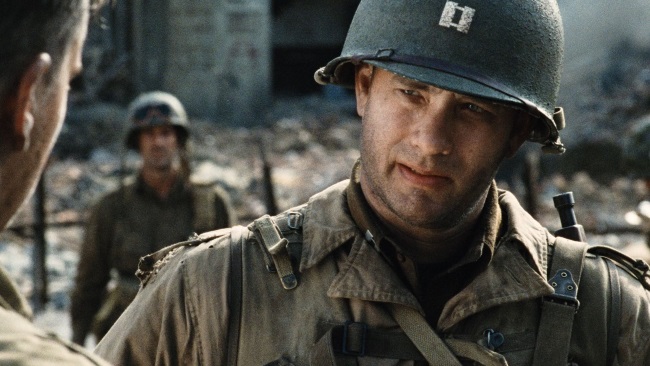 In our latest celebrity interview Together chatted to one of the most successful actors on the plant… who now also writes books.

One of an exclusive club of two – alongside Spencer Tracy – to win back-to-back Best Actor gongs, Tom Hanks’s nods from the Academy came for his performances in the films Philadelphia in 1993 and Forrest Gump the following year.

This summer, his voice work of ‘Woody’ in the fourth instalment of the Toy Story franchise will be heard in cinemas across the globe, and perhaps another glorious double was on the cards again, had it not been for significant delays to World War II drama Greyhound.

Hanks has also recently turned his hand to writing. Not scriptwriting, but a novel… so it turns out that he can pen a good book too. The stories are based on things that he has had “rattling around my head for a long time”.

While Hanks and his company, Playtone Entertainment, continue to forge a path based on three decades’ solid experience at the top table of cinematic accomplishments, getting together with publishers Penguin has ultimately provided the ideal platform for a new project that’s been well-received by critics and readers alike, with Uncommon Type finding its way onto the New York Times Bestseller list.

Together: So, you wrote a book called Tom Hanks: Uncommon Type – Some Stories. How did that come about?
Tom Hanks: Yeah, and the ‘Some Stories’ was an interesting addition to the cover, and I don’t know anything about how to do that. So, the editor at Penguin (the publishers), Peter Gethers – who is a fabulous guy, by the way – and I spoke about this and I asked him what we would call the book.

Uncommon Type, the publishers really loved that, but alongside there was obviously some fierce debate at Random House HQ as to whether it would be ‘Some Stories’ or ‘Short Stories’ or ‘A Bunch of Stories’ or just ‘Stories’?

Does it feel good to get these ideas out?
It does, yes, because some of the ideas in that book have lingered because they have been rattling around my head for an awfully long time, and are also born out of things that I have seen or situations I have walked past. I thought about and without any clue to the actual reality or the truth of what was going on; I elaborated on them for a story and that’s the end result.

Why not just act in those press interviews?
Remember, that you have been doing this for nine days in a row and this is your 12th city, you’ve been yelled at and told what to say to promote this movie, every second of the day.