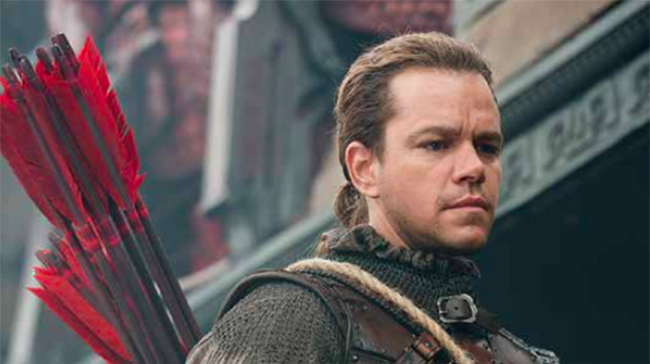 For this month’s celebrity interview we sat down with Matt Damon, an actor who can be justifiably proud of his career.

You could never say Matt Damon doesn’t commit to his craft. Starving himself for his first major project in Courage Under Fire, piling on the muscle for his starring roles in the Bourne franchise, losing his eyebrows for Downsizing, from last year. He said: “Let’s just say I won’t be doing the eyebrows thing again – any attraction my wife had for me… gone!”

After an intense year or two, it’s good to hear Matt Damon joking. With the harassment controversy still reverberating around Tinseltown, it has been a difficult period for all of the leading lights in the industry… but notably Damon, for whom Harvey Weinstein gave the then 27-year-old and best pal Ben Affleck their big break when he produced Good Will Hunting to Oscar glory.

By association, both stars have come under scrutiny; but Matt Damon, now less than two years short of his half-century, surges ahead, both on the big screen – with the hugely anticipated Ford v. Ferrari – and a number of philanthropic roles and projects outside of the industry which, while not relinquishing from the ties of association, do at least paint a compassionate, caring, sympathetic side to someone who might easily let others do the hard work.

In this year’s Ford v. Ferrari, Damon rides opposite Christian Bale in a movie that is tipped even to give the Fast & Furious franchise a race to the line. The movie tells the story of the iconic battle between the motoring brands to win the 1966 Le Mans Grand Prix. The 20th Century Fox production has undergone countless delays, and in the long lead-up to a November release, its stars are understandably secretive about what may be in store.

Together: Ford v. Ferrari has been talked about for a long time. Does the secrecy over this
film make it frustrating?

Matt Damon: I’ve had many movies over the years that have fallen under the same conditions. It’s something you get used to, and usually by the time you’re promoting it in junkets or press events you’ve moved on to the next project, or even the one after that.

All I can say is that it was a pleasure to be involved in something that was such an iconic part of history. And more than that, you look at how the race and the era shaped the fortunes of these two magnificent manufacturers, going forward, and it’s a pleasure to be at the start of it. It’s also been exciting for me as a motor- racing fan – who could imagine anything better than this for someone who loves anything on four wheels?