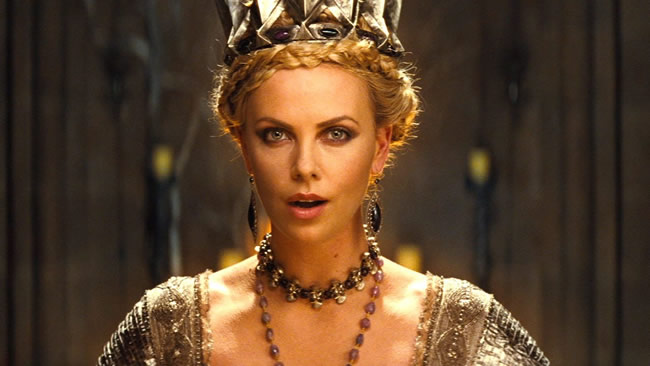 Together meets a beautiful actress, model, activist and mum.

Wearing a sheer black Chloe dress and high heels, Charlize Theron, 38, epitomizes glamour.  Tanned and fit, she’s in Los Angeles to promote her latest movie, A Million Ways to Die in the West.

The Oscar-winning actress and model is mother to Jackson, 2, whose adoption was announced in March 2012.

Born on a farm in Benoni, near Johannesburg (her first language is Afrikaans), she endured a tumultuous childhood.  Her father, an alcoholic, physically attacked her mother and threatened both her mother and her while drunk.  Theron’s mother then shot and killed him in self-defence and her mother faced no charges.

Currently in a relationship with Sean Penn since February 2014, she was formerly linked to Stuart Townsend with whom she starred in Trapped and Head in the Clouds. She was also romantically linked to Third Eye Blind front man Stephan Jenkins and actor Craig Bierko.

Did you train for this role?  Lots of guns?
I’ve had to do stuff like that in movies all the time so there’s a sense of learning that one carries onto the next one.  And I did a lot of that on Fury Road actually, where for a month I focused on it. I just had to learn the spinning thing and stuff like that.

So no practicing on the shooting range?
Seth (McFarlane) and I went and practiced together. I think one day we shot something and then it was freezing and we looked at each other and we were like, ‘This isn’t fun.’  It got so cold. (Laughs) Yeah, and then that was it.

How has motherhood changed you?  Have you sensed a difference in your needs as far as work goes?
I try to get more sleep.  (Laughter)  I have to organize things better, but overall, I have heard people say that once they have children they don’t want to work on dark material, but that hasn’t happened for me.  If anything, having a child has just made me want to be more creative and ask bigger questions and have more interests in things that might be uncomfortable. I think we all have different responses, but for me that’s definitely been like that. I didn’t look at my slate and go, ‘No, I can’t do that movie now that I have a kid.’

He just gives me energy to want to do more and explore more.

Did you feel like you didn’t get the chance to show your funny bone often enough or did you wish for more comedic roles?
I always say this: I am in no position to complain.  I work a lot, and I work on things that I really want to work on. I am a very, very blessed human being in general.  So, for me to complain about anything is silly. I don’t do a lot of comedy, but I don’t necessarily complain about that because it has to be a very specific thing. I get a lot of stuff offered to me, but it’s not just necessarily stuff that I feel is funny.

So when this came to me, I saw the potential, and I really fucked up the first meeting with Seth, and so I fought for it, and in the sense that I knew that I had a bad meeting with him and I had 104 fever and I had come back from Namibia, and from shooting in the desert and I was a wreck and literally got off the plane and I met him. I was in a winter coat shivering, and I had no hair and he was just like ‘Who are you?’  (Laughter) And it was the holidays, and I just remember waking up every day and sitting on this beautiful beach and thinking, ‘God, I really messed that up.’ So I thought to myself that I should call him and tell him that I want to meet with him again.  So when this stuff comes around I fight for it.