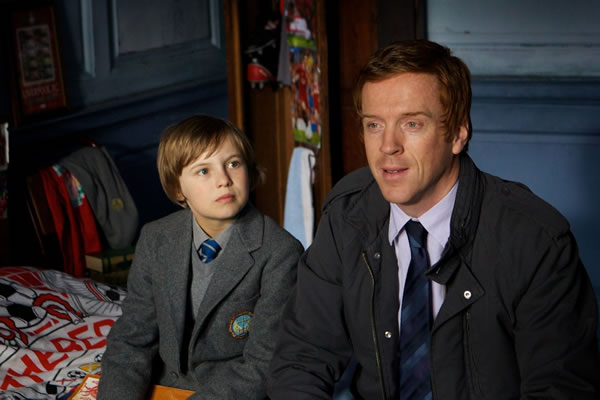 Together chatted to Damian Lewis, a man who was educated at Eton and plays blue-collar Americans.

Damian Lewis is no stranger to privilege. His grandfather was the Lord Mayor of London and he studied at Eton where he was accustomed to wearing “tailcoats and stiff collars” while enjoying afternoon tea with his aristocratic classmates (Tom Hiddleston, Eddie Redmayne and Princes William and Harry are fellow alumni). His upper-class background also gave him insight to not just wealth but power, and that is why he thrives on playing hedge fund billionaire Bobby ‘Axe Axelrod on Billions, the acclaimed CBS Showtime TV series now entering its highly-anticipated second season.

In person, Lewis is alternately intense, jovial, and engaging.  He speaks quickly with a touch of mischief at times as befits his boarding school background.

Together: Damian, you’ve had to spend a lot more time away from your family in the last few years while shooting Billions. Is that a strain?
Dalian Lewis: Some of my friends wonder how I managed going back and forth between England and America and of course it’s hard when I have to leave my family behind. But I often go back on weekends and it’s not as bad as one imagines. I’m simply thrilled to be enjoying the work I’m doing now and my life is brilliant.

I can tell you that the one great pleasure and advantage that I have discovered about how billionaires live is being able to fly on a private jet. There’s no waiting in line. You drive to a small airport, wait maybe fifteen minutes, and then you’re whisked on board and the plane takes off almost immediately. So the first thing I would do with wealth like that would be to buy my own private jet. Maybe a helicopter, too!  (Smiles)

What makes Bobby Axelrod so successful?
He’s very brilliant, driven, and utterly ruthless in his financial dealings and in many aspects of his personal life. He’s a man with unique skills who has the capacity to out-think people and act faster than everyone else. Axe also has the force of personality to be able to intimidate and outmaneuver others.