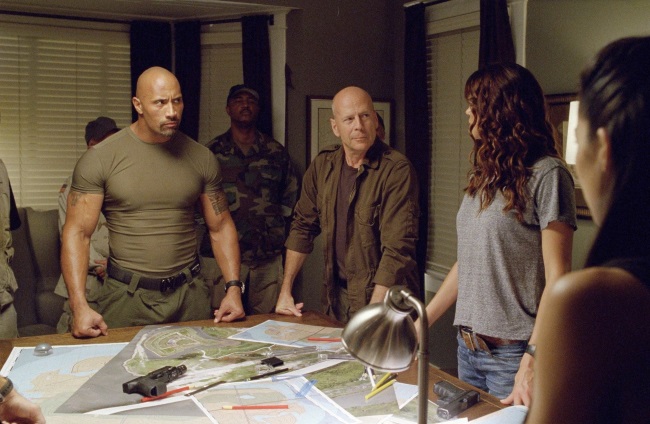 Together talks to Dwayne Johnson, an actor who has risen to the very top of profession despite the setbacks.

There is no better embodiment of the American Dream than Dwayne ‘The Rock’ Johnson.  He has gone from a troubled teenager in Hawaii to becoming the highest paid actor in the world, earning a reported $64.5 million last year according to Forbes. Who better then to play the part of Mitch Buchannon in the big screen adaptation of Baywatch, the long-running TV series which gave global audiences a light-hearted vision of California beach culture?

Together: Dwayne, what prompted you to get involved in the resurrection of Baywatch?
I enjoyed watching the show but it wasn’t until about five years ago that someone told me it was the most successful TV show of all time. When I heard that, I knew I had to do something to turn it into a movie. I want to give audiences something when they leave the theatre that has that kind of cool feeling like you’re floating and excited about what you just saw.

So if you’re going to pay for your ticket, that inspires me to want to make a great movie. I always say to everyone, “Hey, around the corner we’re getting evicted. Get to work!” I drive everyone crazy with that.

You’ve established yourself as both a top action and comedy star. Do you see the two genres as overlapping in terms of your audience appeal?
I love doing both. I knew I also had to do comedies and family movies and not just action when I wanted to grow as an actor and get better. It’s so much fun to make audiences laugh. But I also like the intensity and adrenaline rush that comes with watching great action movies.  I like to get caught up in that spirit when I’m making those kinds of projects.

You bring a strong work ethic to everything you do in life.  How do you come by that kind of personal drive?
It comes from having seen my dreams crumble when my pro football career was over. That was the lowest point in my life and I was very depressed and devastated. Fortunately I had some good friends who helped me regain my spirit and confidence and I swore to myself that I would never feel sorry for myself again.

I decided that I was going to look at life in the most positive and optimistic way possible and try to help other people feel that they can accomplish their dreams, too.