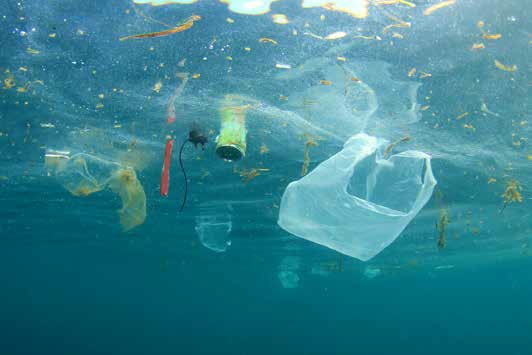 Karen Northfield looks at how pollution is seriously harming our wellbeing and the environment.

Statistics show that pollution in cities is increasing and landfills are overflowing with trash. We are faced today with the consequences of poorly disposed items being washed up on our shores and causing an early death of sea animals. A new phenomenon called ‘zero waste’ could be the answer to putting an end to ecological deterioration. The problem starts with us and ends with us. Consuming has become so easy that when we buy a product, we discard its packaging and often think nothing more of it. Yet pollution caused by waste from plastics and other non-recyclable materials is not only detrimental to our ecosystem but also to our health. Some individuals are creating awareness campaigns promoting “what goes around, comes around”. It’s the law of the boomerang. If we discard trash into the oceans, it will one day come back to us. Or if we heat a plastic container in a microwave and eat from its contents, it could increase our risk of developing cancer.

While the term ‘zero waste’ dates as far back as the ’70s, it really gained popularity after the turn of the century. With the development of the internet came an increased awareness of societal behaviours and an understanding of where we are heading. The rapid expansion of infrastructures, the increasing birth rate, the overpopulation of cities and the ever-increasing cost of living, have triggered a change in perception. Today more and more videos are going viral that portray landfills overfilling, seas polluted with plastic and beaches of holiday destinations washed up with trash. The awareness created by a few demonstrates that the consumption and disposal habits of society at large must change. Projects and initiatives are emerging around the globe – from individuals to communities – to promote the motto “waste less, save more.” Creating awareness demonstrates that it is no longer good enough to just throw trash away and expect it to take care of itself. It has gotten to the point that we have to teach ourselves new consumption habits.

Plastics in particular are an overwhelming problem. The fact that it can take plastic up to 1,000 years to disintegrate should be evidence enough to discontinue the production and consumption of plastic. So why buy groceries in plastic packaging if we know plastic can be toxic to our health and the environment? Why purchase items with packaging if it will generate more trash for us to discard? Purchasing raw items from the start allows us continue consuming without accumulating excess waste.

An individual alone cannot remediate the deterioration of mother Earth. However, the more people take initiatives to reduce minimal waste, the more collective the effort becomes. By making projects fun for the community, there is hope for change on societal level. Projects and campaigns as such are known under the term ‘trash drives’. Videos show a group of individuals ‘boycotting’ packaging in stores by unwrapping each item before purchasing and leaving it in an empty shopping cart for the store to take care of. The amount of paper and plastic left behind is astonishing. In other areas, communities are starting to launch campaigns to clean their streets. In Scandinavian countries, campaigns have been launched to encourage joggers to carry a bag with them and pick up trash along their way. In warmer climates, scuba-divers and surfers are taking the initiative to clean rivers and oceans. 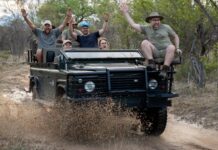