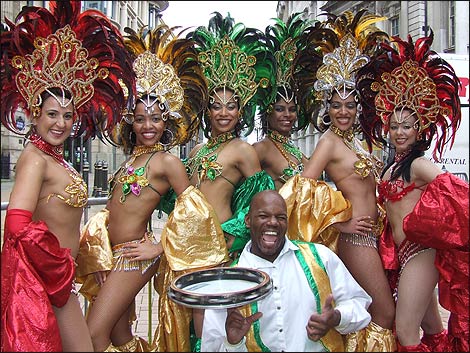 europalia.brasil  is putting on display the current and little-known samba world of Brazil and has diversity as its central theme. Modern and forward-looking, Brazil reflects the complex cultural origins and the mosaic of its peoples. An entire world blends together as one in this enormous sun-drenched country. A kaleidoscope of people ranging from the descendents of European settlers to the Amazon Indians, from the former slaves from Africa  to the immigrants from Japan, Lebanon, Italy, China, Germany. The country stands at the crossroads of all these nationalities which blend into the Brazilian culture with all its multiple facets !

europalia.brasil, the diversity of Brazil in the heart of Europe

A team of innovative Brazilian curators are currently working to set up some twenty exhibitions charting the fascinating history of Brazilian art, from the first inhabitants of Brazil up to contemporary and future upcoming talents.

In the areas of music, dance and theatre, europalia.brasil will focus primarily on the contemporary art scene, while evoking the traditional roots.

Various mini-festivals, conferences, workshops and residencies, film and literature programmes will highlight Brazil, both its history and the present.

The club.brasil, located on the Mont des Arts, will be the epicentre of the festival. It will host the information point of the festival, as well as a shop, a restaurant, a bar and a venue for a programme of Brazilian performances and workshops.

Rhythms, colours, shapes… heritage and contemporary art : in more than 200 venues in Belgium and abroad will encourage us to discover Brazil and its mix of identities and cultures.