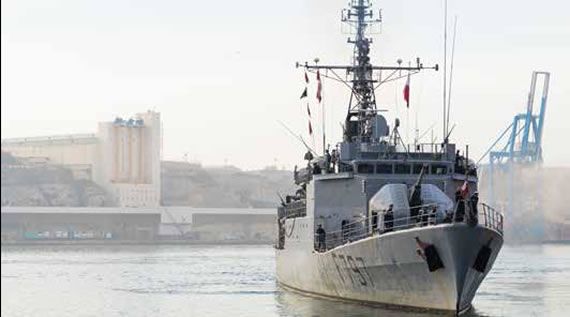 The European Union has called on member states to step up European defence coordination after recognizing the urgency of better security and defence cooperation to counteract changes in the global political arena. Until now, defence cooperation in Europe existed primarily on a bilateral or regional level. However, increasing threats of terrorism, a resurgent Russia and the uncertainty caused by Donald Trump and Brexit have forced EU leaders to reopen discussions on the subject. According to a study by the European Parliament, there were nearly 400 on-going military cooperation projects in Europe in early 2015. An example of the existing partnerships is a joint procurement program for ammunition for an anti-tank system used by Estonia, Latvia, Lithuania, the Czech Republic and Poland. But as Cold War-era tensions resurfaced, since Russia annexed Crimea in 2014 and pro-Russian rebels carving out a region in eastern Ukraine, the EU must do more to secure its citizens in an increasingly unpredictable international climate.

Commission Vice-President Jyrki Katainen, and the EU High Representative Federica Mogherini presented the Berlaymont’s fourth ‘reflection paper’, setting-out possible scenarios for the bloc’s common future. Insisting it wouldn’t overlap the Nato military alliance, Mogherini presented the EU’s military plan, stating: “It’s not about substituting neither the alliance nor the United States, but it’s a matter of focusing on what we can do more for our own purposes, our own interests.”. The most ambitious option set out in the paper would give Brussels the power “to run high-end operations to better protect Europe, potentially including operations against terrorist groups, naval operations in hostile environments and cyber-defence actions”. The paper says such capabilities would be underpinned by “fully synchronized” defence planning by member states, with forces permanently available for rapid deployment and taking part regularly in joint military exercises. Rapid-response military deployments known as EU battle groups have been in training for years but have never been used. Brussels wants to establish a fund to spend €1bn per year developing prototype kits such as drones and robots. It also wants to see €500m a year spent on research in joint projects between member states. It’s an historic change of direction as it will be the first time the European budget is used for military purposes.