In our latest European food books article we browse “a mouthwatering feast for the eyes”.

Europe’s reputation as the centre of the culinary world is confirmed with this expansive array of restaurant menus from across the continent. From extravagant bills of fare for royal feasts to delectable mid-century minimalist graphics, the gustatory customs of dozens of European countries are revealed in this encyclopedic design compendium.

Gourmand’s Paradise: A culinary and graphic travelogue through Europe
Jim Heimann’s new book on Menu Design in Europe is a mouthwaIntering feast for the eyes, featuring hundreds of European menus from the early 19th century to the end of the millennium. At once a history of continental cuisine and a sprawling survey of graphic styles, Menu Design in Europe satisfies the craving for foodies and design enthusiasts alike.

The dominance of French cuisine provided the template for the culinary delights that spread throughout (and beyond) the continent. As restaurants and dining experiences increased in the 19th century, the need for a more formal presentation of available items resulted in a range of printed menus that could be both extravagant and simple. The 1891 menu from Paris’s Le Grand Vefour, with its intricate die-cut design, evokes a bustling Belle Epoque bistro, while the 1932 menu from London’s Royal Palace Hotel transports you to the bar at a spirited, Jazz Age nightspot. On the opposite side of the design spectrum, the menu for the mid-century Lasserre restaurant expresses a surrealistic simplicity. A range of stylistic decades is represented, from masterpieces of Art Nouveau and Art Deco to the graphic appropriations of the German Democratic Republic. Also showcased are the Michelin awarded restaurants of the celebrity chef–era and rarities such as a German military menu from World War II.

More than just bills of fare, these menus often represent a memorable dining experience, at times being presented with as much care and attention to detail as the meal itself. So, although one cannot sit in La Tour D’Argent in 1952 and sample its famous duck dish Le Caneton Tour d’Argent, we can surely imagine what it was like when looking at the waterfowl-themed illustration displaying the night’s offerings. Featuring an essay by graphic design historian Steven Heller and captions by leading ephemerist and antiquarian book dealer Marc Selvaggio, Menu Design In Europe features menus from leading collectors and institutions, providing a sumptuous visual banquet and historical document of two centuries of culinary traditions.

The editor
Jim Heimann is the Executive Editor for TASCHEN America. A cultural anthropologist, historian, and an avid collector, he has authored numerous titles on architecture, pop culture, and the history of Los Angeles and Hollywood, including TASCHEN’s Surfing, Los Angeles. Portrait of a City, California Crazy, and the All-American Ads series.
“Within the pages of this book a record of a several centuries of gustatory elation is a reminder that this common object, once a key element to a meal, was elevated to an art form inspiring memories and culinary history.” Jim Heimann

The author
Steven Heller has produced over 200 books on visual communication and published countless articles in international design magazines. Currently he is cofounder and cochair of the MFA Design program at the School of Visual Arts, New York. 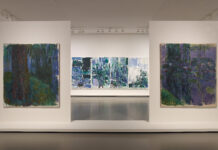