The middle of the town, particularly Boulevard Anspach, has been besmirched by the developing craze of the 1960s and the 1970s, but this city is not as dull and grey as it is thought to be. Below, Together gives five reasons why Bruxelloise old and new are not bored.

Food
Many say the food here is better than Paris and it’s certainly cheaper than London. The staples of the Belgium diet – mussels, stoemp, and carbonnade – are all fine, the latter especially in winter, and the city’s chefs are as adventurous as any in the world with diners being offered an excellent choice. This can be just as true in a Michelin star restaurant or at the eatery around the corner.

Architecture
A generation of architects and developers appeared to forget their fine heritage and tore down many Belle Époque and earlier buildings to make way for brutalist office blocks around the city. The good news is that their modern counterparts are making amends and stripping off the 40-year old facades and replacing them with more individual post-modern designs. The European quarter and downtown areas have certainly benefitted from this policy in the past ten years. Brussels is also the home to Victor Horta and earlier to Flemish architects. The buildings on the Grand Place/Grote Markt and nearby bear witness to their excellent work.

Transport
This may seem an odd choice, but Brussels is something of a transport hub especially for international rail services. Modern trains can take you swiftly and efficiently to the Netherlands, Germany, France, the UK and further beyond either for business or a weekend break. The national service SNCB is also highly reliable, making trips to the fine Flemish cities or the Ardennes easy.

The city itself is easy to get around as the burghers just over a century ago decided to build high to stop a potential suburban spread and the communes are interconnected by the metro, pre-metro, trams and bus services, so unless it is very late at night travelling around is pretty straight forward.

Internationalism
The best thing about the European Union and NATO being based here is that you are never that far from an expat, if that is your type of thing. In fact the saying about every “New Yorker is only ten feet from a rat” could be applied to expatriates too. For a fairly small city, Brussels can rival the diversity of much larger metropolises such as Paris, London or the Big Apple. Certain communes claim they are home to around 160 different nationalities, which means we live in a multicultural and multilingual town.

Nightlife/Carnivals
Fifteen years ago compared to near neighbouring capital cities Brussels was something of a backwater for nightlife. This is not true now. The redevelopment of the downtown area around Place St Gery, one of the oldest parts of the city, means that there are many fine bars to choose from and nearby St Katherine offers some excellent fish restaurants. Other areas are now a buzzing with funky drinkeries such as Place St Boniface or Place Flagey. Also, if you really want to talk about the EU, Place Luxembourg is also host to variety of decent cafes and bars.

Brussels also seems to have a skill for putting on a carnival about every two weeks during the spring and the summer. Zinneke is an exuberant celebration of the city’s mongrel mix, Iris celebrates the city’s history and two others the French- and Flemish-speaking communities. People of many backgrounds also have their days for celebrating, so if you like being among crowds you will have plenty of opportunities. 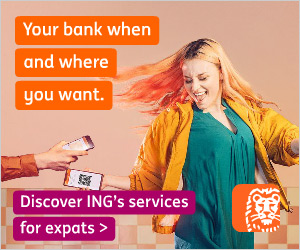