Looking out at the sea from the Kasbah, you can see ‘ribat’ fortifications, military outposts constructed every 20 to 25 km along the shore which transported messages by smoke signal to warn of invading troops from Europe and Turkey. 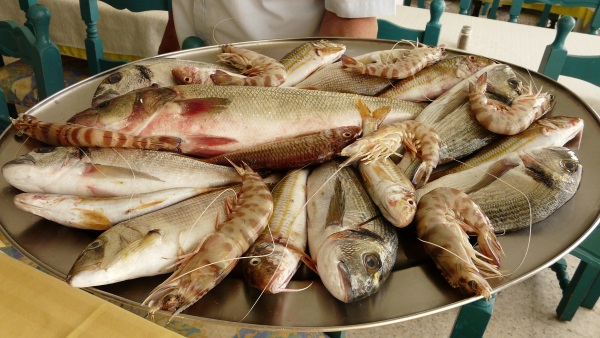 On your way from Sousse to Sfax, stop off at the monumental El Djem amphitheatre built by the Romans in the third century.

Sfax, a port city 1.5 hours south of Sousse elected Arab Cultural Capital for 2016, has its sights set on running agritourism tours to meet the region’s olive farmers tending to the nation’s booming olive industry, which last year was the second-largest producer worldwide behind Spain.

From Sfax, the dreamy island of Kerkennah in the Gulf of Gabès is a leisurely one-hour ferry ride away. The island’s primary livelihood – fishing – is still done in the ancient tradition of ‘charfia’, applying curious fishing methods that use palm frond fences set up along shallow reefs according to the currents, creating an entry-only system wherein the fish are eventually trapped in baskets.

Do not leave the country without getting your fill of almond milk, raw almonds, plump figs, fiery harissa, Magon wine, and a homemade barley-based drink called Prisa. Also a must is experiencing the heady lull of sheesha and exploring the bustling medinas to uncover the good luck charms of chameleons, turtles and of course, the hand of Fatima to keep evil at bay.

One cautionary note: if you are a woman – especially if you are travelling solo – you may find that some locals haven’t yet joined the rest of us in the manner of women’s rights and equality. Tunisian women played an unprecedented role in the protests that led to the 2011 Jasmine Revolution. Nessryne Jelalia, Gender Justice Officer at Oxfam Tunisia, wrote on the New Arab website: “We now have far more freedoms than we used to, but there is still a long way to equality for Tunisian women.”

Flights from Zaventem to Tunis or Monastir with TunisAir are a comfortable 2h20. From Tunis, a mere 1.5-hour jaunt on traffic-free roads lands you in breezy Sousse (or 25km down the road from Monastir).