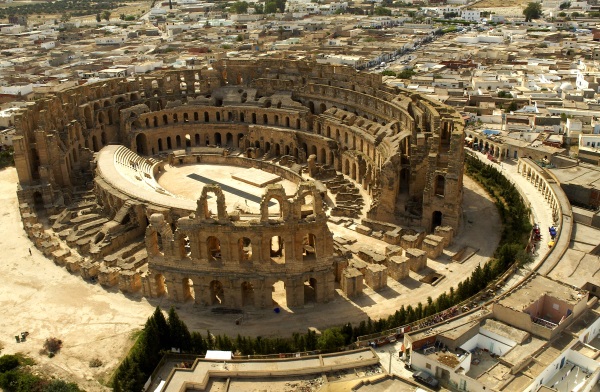 Jeanie Keogh heads for a country that is reinventing its tourism, in particular in Gabès.

It would do nothing to speak of the enticing allure of Tunisia, its rich history and culture, and the heartwarming hospitality of the Tunisian people without first providing reassurance the country is as safe as any in Europe for travellers. Indeed, loyal Belgian guests returning to the luxurious, four-star Hasdrubal Thalassa and Spa Hotel in Port El Kantaoui argue it is even more so, if you apply the lightning never strikes twice principle and consider that Brussels is no less dangerous.

At the hotel gates, security personnel stop every vehicle upon arrival to search the underside of cars using bomb security mirrors. Airport-style security scanners are set up at the entrance to hotels, and police and military routinely, but discretely, patrol the beachfront property. In public places, the tourism police – a separate detachment – are very active.

In fact, much like the teeming new life to be found in a forest in the wake of a forest fire, Tunisia post-attacks is rife with new ideas about how to reinvent its tourism industry. There is an international culinary festival ‘Peace on the Plate’ in September that aims to bring together world-renowned chefs from Europe and North Africa to celebrate Mediterranean cuisine. Sfax, a port city 1.5 hours south of Sousse elected Arab Cultural Capital for 2016, has its sights set on running agritourism tours to meet the region’s olive farmers tending to the nation’s booming olive industry, which last year was the second-largest producer worldwide behind Spain.

In Sousse, the diminished number of hotel guests means you have your pick of beach lounge chairs and, at certain moments of the day, the pool, ocean, and nearby golf greens all to yourself. What’s more, you’re given the royal treatment by upstanding hotel staff eager to see the hard-hit tourism business improve through repeat customers and glowing reports.

Sousse is not all sand and no substance. For a cultural kick, there is the noteworthy Sousse Archeological Museum housed in the Kasbah of the city’s medina that dates back to the ninth century. Wander around the Roman era tile work collection, the second-largest collection next to the Bardo museum in Tunis, and you’ll discover exquisite mosaics with a beauty and attention to detail that rivals elaborately woven Persian carpets. Recreated in Lego-like minutiae are magnificent depictions of the types of fish and fishing techniques employed at the time, as well as mythical depictions of the story of Bacchus, Poseidon and Neptune, and Roman calendar complete with astrological signs.