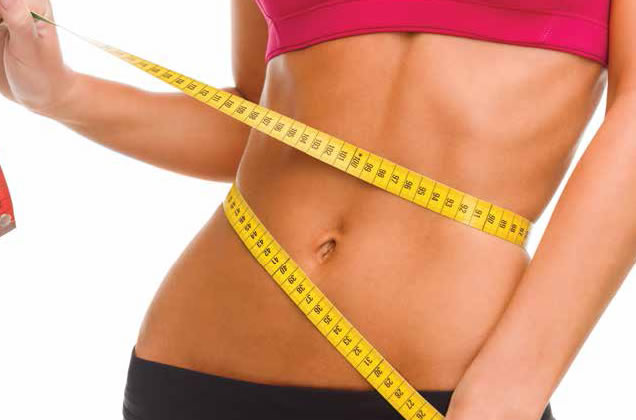 Sophie Bruno digs a little deeper into what’s behind the rise of gluten-free products.

The aim of these series of articles will be to explore the hot diets trending in 2015 and to provide you with an expert appraisal of the pros and cons of each diet. This will empower you by allowing you to make informed decisions whilst navigating this complex minefield in search of weight loss. This article will take a closer look at the already mainstream gluten-free diet fashion which celebrities are glamourizing. Does gluten-free really deserve the popularity it receives, and is there sound scientific evidence to back the conferred health effects everyone is raving about?

What is gluten?
Gluten is a protein that is found in grains such as wheat, barley and rye and is ubiquitous in a broad range of foods, particularly cereal-based products such as pasta, bread, flour, cakes and breakfast cereals: beware, gluten also lurks in sauces, soups, ready meals and processed meats. It is also important to note that gluten is frequently present in beer derived from barley. Gluten, meaning ‘glue’ in Latin, confers functional properties by providing its renowned elasticity attributes that allow bread and cakes to stretch and rise.

People may convert to a gluten-free diet for a number of reasons. The most well-known motive includes being diagnosed with celiac disease. Some people believe they have gluten or wheat intolerance, prompting them to follow a gluten-free diet. However, a growing portion of the population mistakenly believe that gluten is unhealthy, fattening and that by removing this component from the diet it will promote weight loss or confer health benefits.

A closer look at celiac disease
Celiac disease is an autoimmune condition. This is where the immune system – the body’s defence against infection – mistakes gluten as a threat and attacks healthy tissue. This damages the lining of the small intestine, disrupting the body’s ability to absorb nutrients from the food. It is important to note that celiac disease is not an intolerance or allergic reaction to gluten. The exact cause of celiac disease is not entirely clear, although a combination of genes and the environment appear to play a role. Strict adherence to a gluten-free diet brings complete resolution of symptoms. Potential long-term complications of celiac disease, if the condition is not managed properly, include osteoporosis and several types of anaemia. Less common and more serious complications include those affecting pregnancy, such as having a low-birth weight baby and some types of cancer, such as bowel cancer.

Wheat intolerance
Wheat intolerance has a different aetiology to celiac disease, although the symptoms are similar; it is usually caused by sensitivity to the fermentation of a carbohydrate in wheat rather than gluten. People with wheat intolerance are usually much less sensitive than those suffering from celiac disease and only need to exclude major sauces of wheat. Nevertheless, those with wheat intolerance will still experience adverse symptoms from gluten-free products, as the remaining part of the wheat will still affect them. This means they do not need to buy gluten-free products or be concerned about small traces of wheat or gluten in foods; wheat-free is usually sufficient.

Symptoms such as abdominal bloating, pain and diarrhoea are very common and are usually caused by overeating rather than food intolerance. If you overeat, with any type food, you may feel bloated and uncomfortable. Many, though, erroneously attribute symptoms of overeating to gluten which is present in many foods, and therefore likely to be consumed every time you overeat. Symptoms may also be caused by irritable bowel syndrome (IBS). It can be challenging to pinpoint the exact cause of the symptoms.

Gluten-free and weight loss
It is becoming common belief that gluten makes you fat. However, apart from the small portion of the population who have celiac disease, there is no scientific evidence to support that eliminating gluten promotes weight loss. However, gluten is often found in high energy containing foods such as cakes, biscuits, pastries and pies. It is these products, high in energy, which will lead to weight gain if eaten regularly – not the wheat or gluten. The reason some people lose weight by following a gluten-free diet is because they reduce their intake of these energy-dense foods as well as reducing their overall food intake due to the restrictiveness of the permitted foods imposed by the diet. One would obtain the same result by reducing portion sizes and decreasing the frequency of consumption of such food items. In fact, many gluten-free products contain higher levels of fat, sugar and overall calories than their gluten-containing alternatives as manufacturers have to compensate for the lack of taste and texture experienced by gluten removal. This may explain why often people gain weight on a gluten-free diet.

Risks of going gluten–free
The risks associated with a gluten-free diet need to be considered if you do not have a specific medical requirement to follow such a stringent diet. Gluten-free diets may result in nutritional inadequacies as they are highly restrictive. Furthermore, wholegrain breads and cereals, which contain gluten, are an important source of dietary fibre. Many following gluten-free diets tend to eat inadequate amounts of fibre, which may lead to constipation and some cancers of the digestive system. Another important negative attribute of gluten-free is the cost; gluten-free products are usually considerably more pricy than gluten-containing products.

Verdict: Is it advisable to follow a gluten-free diet
Unless it is strictly necessary and you have been clinically diagnosed with celiac disease, then it is advisable not to embark on gluten-free. If you wish to lose weight, do it wisely: cut down on the ‘indulgence’ foods, eat smaller portions and get moving. Going gluten-free with no medical prerequisite will not promote weight loss and may actually be detrimental due to the possible nutritional inadequacy of the diet. And it may be tough on your pocket. Never assume that you are automatically improving your health by jumping on the gluten-free bandwagon. If you are seeking a healthy and effective weight loss plan or if you suspect that you may have a wheat intolerance or celiac disease, seek medical advice to ensure that you are meeting all of your nutrition needs. This will also help to systematically identify the causes of your symptoms without leading to unnecessary restriction of foods such as gluten.

Sophie is a certified UK and Belgian registered dietician. You can consult Sophie’s services at the following website: www.expertnutritionadvicebrussels.com